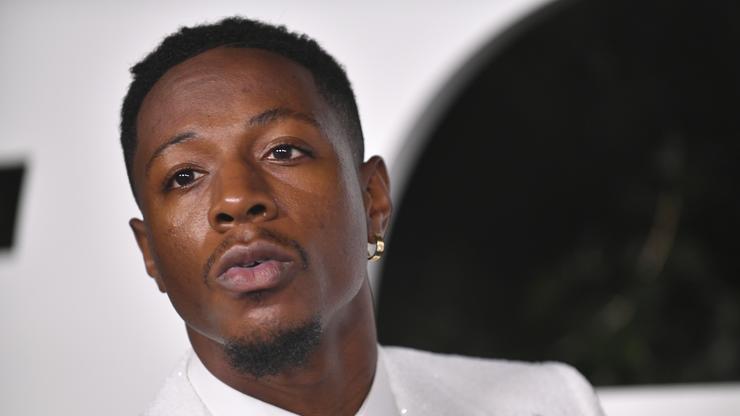 The rapper also addressed polyamory and gave his definition of the term.

It feels like Groundhog’s Day when speaking about Tristan Thompson and his infidelities, but the NBA star is once again shining center stage. Aside from his dealings in the paint, Thompson regularly takes over headlines as accusations of affairs and fathering several children surface online. In this latest round, a woman named Maralee Nichols alleged that Thompson was the father of her baby, and while there were reported denials, the basketball star came forward with an apology to girlfriend Khloé Kardashian while admitting paternity.

This news has caused a bevy of responses on social media from jokes to debates, and rapper Joey Bada$$ added his voice to the conversation by tweeting to Thompson directly as he spoke about polyamory.

“Tristian Thompson gotta stop being a sorry ass n*gga,” Joey wrote. “Tell Khloe you’re a f*cking gyalist and you need more than one woman. Straight up. Whats so hard about being honest with our women fellas? F*ck this western bullsh*t. Relationships should be expansive and beneficial for all.” A “gyalist” is a term used for someone who can’t be with just one woman, a playboy, a ladies’ man, and the like.

“Most of us have been in polyamorous relationships our whole lives. The only difference is we weren’t honest about it. But if you’ve ever been sexually involved with someone non-exclusively, guess what, you’re polyamorous. Unconditional love means you love with no CONDITIONS. Most of our minds are way too conditioned to even love freely.”

Many artists are polyamorous and date more than one person at a time, and while the lifestyle is finding more acceptance as modern couples are embracing polyamory, it isn’t something suited for everyone. Some have pointed out to Joey Bada$$ that polyamory has to do with love and is about romantic relationships, not just having several sexual partners.

Check out Joey Bada$$’s tweets below and let us know if you are or could be polyamorous.