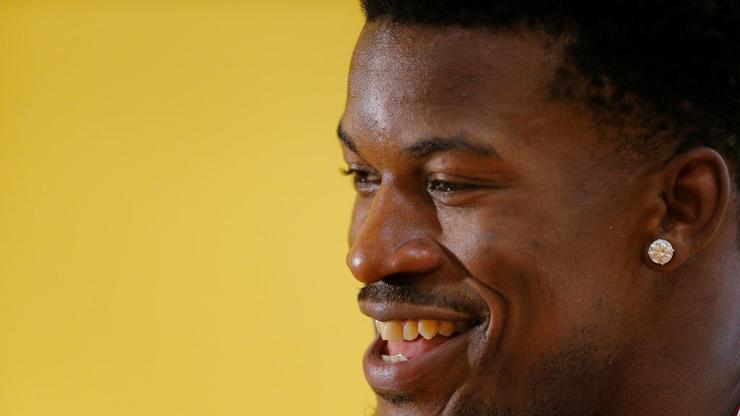 Butler knows how to win basketball games, and which players have low IQs.

Now on his fourth team since being drafted by the Chicago Bulls in 2011, star guard Jimmy Butler is known for bringing two main aspects to a locker room. One; relentless work ethic and dedication towards improvement, coupled with star-level production on the court, and two; a hilarious, out-going personality that positively resonates with his teammates, off the court.

Butler, who has been with the Miami Heat since 2019, can always separate playing around and having fun from hard work and putting the team’s needs first. Last night’s home victory against the Charlotte Hornets was no different, as Butler turned in a dominant performance, and didn’t shy away from his typical, comical self in his post-game interview afterward.

When asked where this team ranks as far as collective basketball IQ, it was teammate Duncan Robinson’s turn to be the victim of Butler’s comedic relief.

Via Wes Goldberg of Locked On NBA:

“I’ve played with some pretty smart players before, and Duncan’s like the dumbest one out of all of them,” Butler said at the podium with a smile. “We’ve had some smart guys, I’ve been around some Hall of Famers, really great players. But it [definitely] helps when you got guys that are extremely smart and know the game, except for Duncan. He dumb.”

A joking response from a smiling Butler after stuffing the stat sheet, is part of why his teammates have so much respect for the star guard. After dropping 32 efficient points, with 10 rebounds, as well as ample assists and defensive stats, it’s always clear on court, Butler is far from joking around. But once the game is over and won, you can always catch Jimmy Buckets with that wide grin across his face.