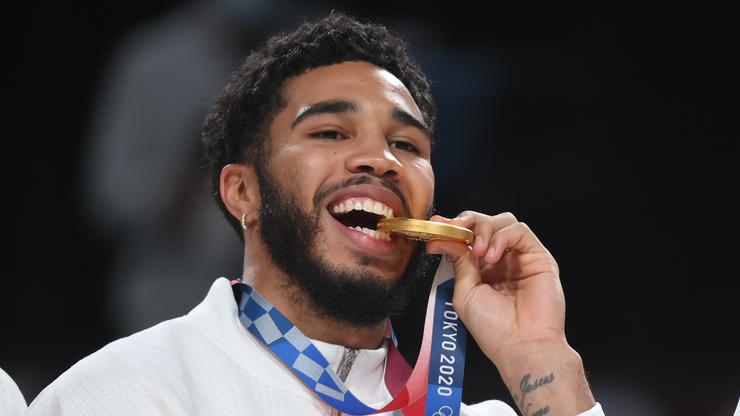 Jayson Tatum’s new tattoo is a dope piece to commemorate the life of Kobe Bryant.

Kobe Bryant’s passing is something that hit many NBA players hard. Following his retirement, Kobe became the ultimate advocate for some of today’s top stars, and whenever he got the chance, he would show them some pointers while also bigging them up in the media. As a result, Kobe remained a beloved figure among the youth movement in the NBA, and when he passed, it left a huge void for many of these players.

One of those young men was none other than Jayson Tatum who has been a truly special talent with the Boston Celtics. This past summer, he won himself a gold medal at the Olympic games, and moving forward, he is being looked at as one of the young stars who can someday take over the entire league.

To pay tribute to Kobe, Tatum recently got a brand new tattoo on his inner thigh which features two black mamba snakes formed into the number 24. Of course, this is a reference to both Kobe’s number and his iconic nickname. The tattoo still looks pretty fresh and overall, it is extremely well done. Numerous players have gotten Kobe tattoos, although this one is certainly unique amongst the rest.

Heading into this season, Tatum and the Celtics are ready to improve upon a disappointing 2020-2021 campaign. If Tatum can play at a consistently high level, then there is no doubt that this Celtics team is ready for the next level.