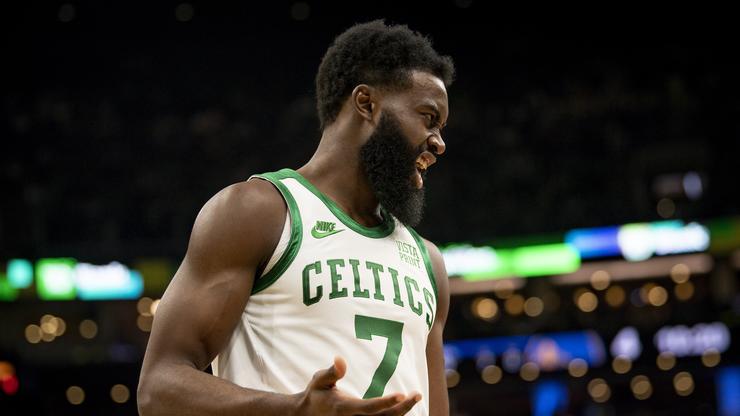 Jaylen Brown and the Celtics have struggled at times this season.

This season has been one of trial and error for the Boston Celtics. On paper, this team should be incredible. With Jaylen Brown, Jayson Tatum, and Marcus Smart, the Celtics have a ton of talented individuals who can make a deep run in the postseason. Unfortunately, they just haven’t been able to remain consistent, and it has led to some less than stellar losses. For instance, the Celtics fell to the Minnesota Timberwolves last night by a score of 108-103.

After the game, Brown was extremely hard on himself, and according to Brian Robb, the star showed no mercy towards himself. Despite having a team-high 26 points, Brown felt like he was no particularly good, especially as he shot 8 for 24 with six turnovers.

“The game isn’t as hard as I made it tonight,” Brown said. “My team needed me to make plays and step up and I turned the ball over too much, I missed easy shots, easy reads and we lost.” The Celtics have bigger problems than Brown right now, although it is good to see a young star taking responsibility for his play.

As it stands, the Celtics are 16-18, which puts them in the hunt for a playoff spot. As the season progresses, however, that race is going to get a lot more difficult, especially if the team continues to falter against weaker opponents.