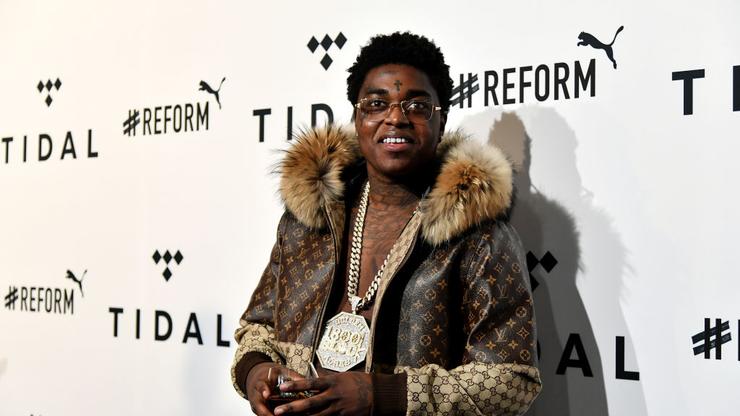 Kodak Black is still obsessed with Zendaya and Hennessy Carolina.

Florida rapper Kodak Black is obsessed with actress Zendaya and Hennessy Carolina, rapper Cardi B‘s sister. Over the years, we’ve seen him shoot his virtual shot with the two beautiful women — despite being engaged to the mother of his unborn daughter, real estate agent Maranda Johnson — by sending them raunchy messages on social media. Kodak has previously written lovey-dovey poems for Zendaya, also telling Hennessy Carolina that he wants to end up with her and trying to get her famous sister to hook them up. So far, he’s had limited luck.

On Tuesday morning, Kodak gave things another try, attempting to catch Zendaya or Hennessy Carolina’s attention by reacting to a Japanese scientist’s creation of a lickable television screen that apparently imitates food flavors.

“I’m tasting @hennessycarolina and @zendaya,” wrote Yak on Instagram, lusting over the pair of stunners yet again. I wonder what his fiancée thinks about this.

Many are wondering how, at this stage of his rejection with both celebrities, why Kodak continues to pester them. Some are calling it harassment and others are calling it true love, but with Zendaya and Hennessy still ignoring this man, it may soon be time for Kodak to give up on his mission to get with the star of Euphoria and Cardi’s sister.