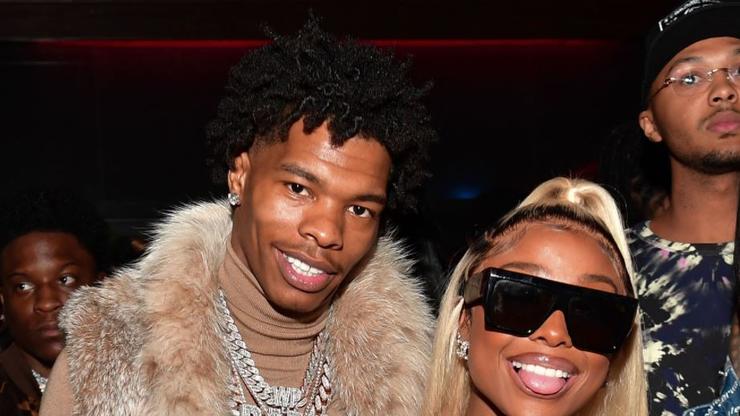 When it was shared that Baby and Saweetie were allegedly shopping at Chanel together, Jayda said she was already aware they were dating.

And just like that, those Lil Baby and Saweetie rumors faded into oblivion, but not before becoming a trending topic on social media. Hollywood Unlocked stirred things up after reporting that the two rappers were a couple and claimed that they had the video to prove it. Internet sleuths quickly compared images and soon, the masses were convinced that Saweetie and Lil Baby were in a clandestine romance, but he came forward to deny it all, stating that he is a single man.

Meanwhile, Lil Baby’s ex and the mother of his child, Jayda Cheaves, was caught “liking” Hollywood Unlocked‘s post about Saweetie and Baby shopping at Chanel together. Jayda sat down with the outlet for a follow-up and she was asked about her double-tap.

“One ‘like,’ all I have to do is ‘like’ something and the whole internet is in a frenzy,” she said. Jason Lee asked her if she was congratulating the couple or being petty. “Sometimes I just like to put the internet in a frenzy. I was really liking it because I knew that story before—the day it happened, I knew about it.”

“That’s the thing, social media, they always a week, two weeks behind on the stuff I already know,” she added. “Everything that has ever came out on social media, before it hits the media, it’s something me and him been talked about. It’s crazy, but this is my life.” Jayda claimed that she has “sources” out there that keep their ears to the streets for her.

“Like I told Baby, ‘How you gonna do that to Ms. Chanel herself, like, you don’t think I would find out about that?’ I spend bank in Chanel on the weekly. This is what I do. C’mon, now.” Jayda said she “been knew about it” and was “waiting on somebody to say something.” Watch Jayda Cheaves below.