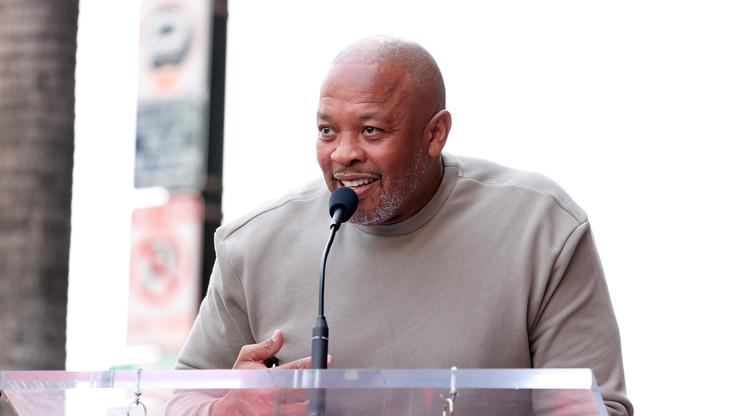 Gamers will be able to hear the tracks in full, but you can check out previews of the new tunes here.

Not only has Dr. Dre appeared as a character on Grand Theft Auto Online: The Contract, but the West Coast icon has added six new tracks to the game. Last week, previews of songs began to surface including a brand new collaboration with Eminem, but fans were unsure where these would land. Rolling Stone caught up with DJ Pooh, the veteran producer responsible for hits like “New York, New York” by Tha Dogg Pound, and he explained how he was able to convince Dre to add his talents to the GTA universe.

Pooh revealed that he is an avid gamer and in order to get the Aftermath mogul on board, he visited Dre’s home with Playstations in hand.

“Dre is the person that says no to everything, we all know that,” said Pooh, adding that Dre was unfamiliar with GTAbefore the gaming experience. “He’s not a gamer at all. He never played them. But he was blown away [by] how deep you can get into the whole thing. He’s like, ‘Oh sh*t!’”

For fans who have been waiting on new Dr. Dre tunes, these six new songs—including “Gospel” with Eminem, “Diamond Mind” with Nipsey Hussle and Ty Dolla $ign, and “ETA” with Snoop Dogg and Anderson .Paak, reports Rolling Stone—are a godsend.

“We’ve wanted to do something with Dre for a while,” says Rob Nelson, the co-studio head of Rockstar North. “When he’s not releasing music that regularly, it’s a pretty special thing to be able to get music from him, never mind exclusive music. Once we started talking, he started firing demos over — ‘Check this out, check this out, I did this with so-and-so.’ That was a pretty surreal experience.”

Through GTA, gamers are able to “meet Dr. Dre, earn his trust through the work you do for him, and kind of become friends with him, be able to be in a recording session or in a car listening to something with him for the first time,” said Nelson. “That’s an experience that very few people in the real world will have. That’s only possible in our medium.”

Check out the songs below.