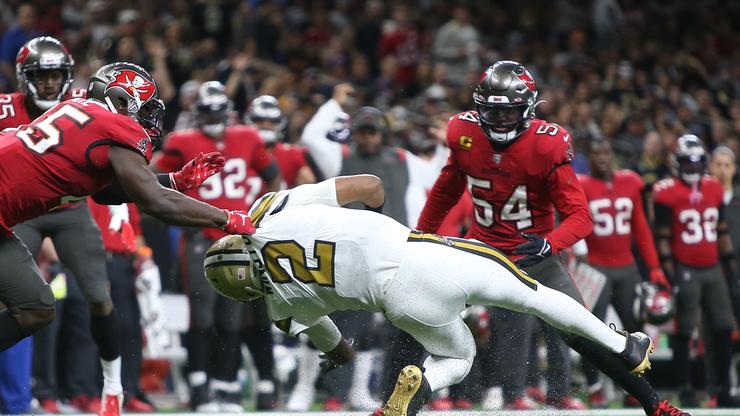 Jameis Winston has been having a solid season as the starting quarterback of the New Orleans Saints. While he has been inconsistent at times, there is no doubt that he has been a solid replacement for the retired Drew Brees. Last night, Winston had his toughest test yet as the Saints took on the Tampa Bay Buccaneers, who have been rolling under Tom Brady.

In the end, the Saints came through with the win, however, it was QB Trevor Siemian who saw the vast majority of the snaps. This is because Winston suffered a brutal knee injury in the first quarter after being brought down by Devin White.

After the game, there was a lot of concern surrounding Winston’s injury, especially when you consider how his leg twisted so forcefully. Saints head coach Sean Payton was asked about the entire ordeal, and as you will see in the clip below, he isn’t too optimistic. The coach described the injury as “significant” and that Winston will need to be evaluated this week to see the entire extent of the damage.

These are the kinds of injuries you hate to see, and we hope that Winston is able to recover soon. Stay tuned to HNHH as we will continue to offer updates on this developing story.