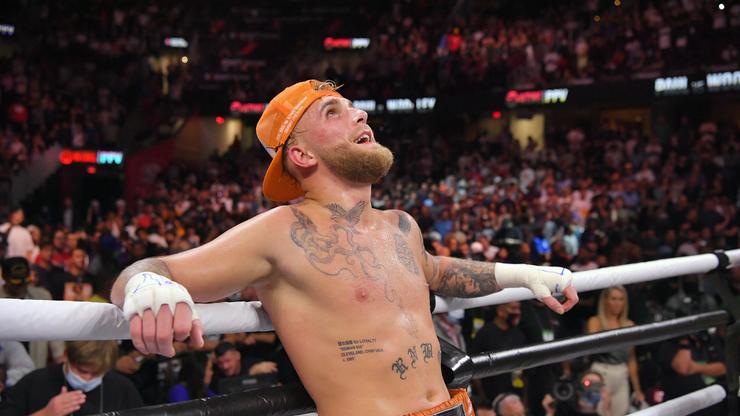 Jake Paul may have been wearing a fake Richard Mille in a recent photo – or that’s what @fakewatchbuster on Instagram is saying, anyway. The popular account has over 180,000 followers and regularly busts people for their artificial flexes, with the Ohio native being their latest victim.

“@jakepaul that’s a fake Richard Mille RM055 Bubba Watson white ceramic,” the caption of the photo dump reads. The first picture sees Paul flipping off the camera, the watch in question on his wrist, while holding a giant, colourful belt over his shoulder. “The case material looks plastic, not genuine ceramic,” the following slide explains, providing up close imagery of another Mille for comparison.

“The strap screws are too near each other. The shape of the case is way off. Wrong case size (too thick), [and] wrong shape of the strap,” other evidence listed by the inspector points out. The original post was shared by DJ Akademiks on his page, where he asked, “why they playing with [Jake Paul] like this?”

Trolls in the comments said things like “Akon gave it to him,” and “YB DON’T WEAR FAKE WATCHES.” Another comment pointed out that the entertainer has reportedly already admitted to “wearing fake shit,” and a Reddit post from September of 2020 shows an expert once again exposing Paul for allegedly buying his friend a fake watch.

Seconds into the clip, the man points out the fake Rolex box from the vlogger’s video. “This is made in China – nothing against China – but these boxes are fake.” At the end of the video, after being informed Paul bought it for his friend, the expert responds, “he’s not a very good friend then.”

Check it out for yourself here, and be sure to read our latest story about Jake Paul speaking on how his boxing career has been impacting his body and mind.