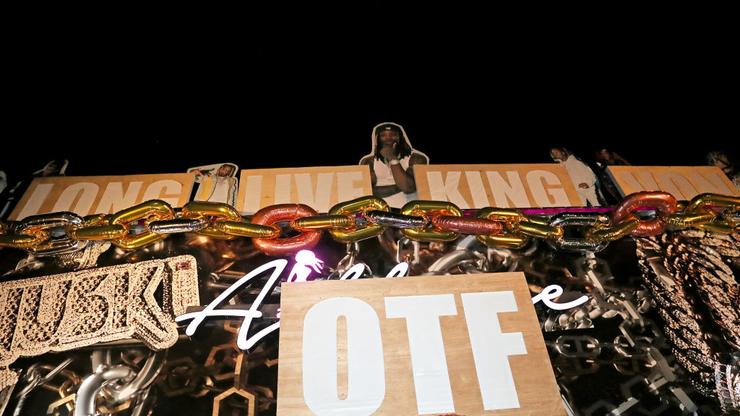 OTF Doodie Lo filed a lawsuit against his ex-girlfriend, FTN Bae, over claims she made that he sexually assaulted her son.

Doodie Lo, a member of Lil Durk‘s rap collective Only The Family, has filed a lawsuit against his ex-girlfriend, rapper FTN Bae, over claims she made earlier this year that he sexually assaulted her then five-year-old son Wesley. According to an audio recording she shared online from her son, the little boy tearfully recalled an incident when he was allegedly assaulted by Doodie Lo, who forced three metal screws into the boy’s anus.

Doodie Lo has denied the allegations and this week, he filed paperwork against FTN Bae, accusing her of defamation and more.

“I Will Never Sit Back And Let Nobody Defame My Name My Character And What I Stand For This Is All Public Record I’m Not Letting Nobody Play With My Name,” wrote the rapper, sharing his lawsuit documents on Instagram.

FTN Bae became aware that Doodie Lo had made this a public matter so she went and shared her own documents, revealing that she filed to have his case dismissed.

“Anybody Can Sue for Whatever Reasons & Say Whatever In The Lawsuit. Here’s My Response From My Lawyer About His Little Lawsuit & Lack Of Evidence,” she wrote. “Don’t Gloat About A Law Suit That Was merely Filed. No Ruling Has Even Been Made. All This Man Is Worried About Is Money. Not Clearing His Name. Only Mad I Exposed Him. Leave Me Out Of It.”

Doodie Lo responded to her posts by sharing alleged leaked text messages sent from FTN Bae, where she allegedly says the rapper will walk free. He also posted an audio recording of FTN Bae explaining Doodie Lo’s housing situation, explaining where his bedroom is located in the house and who he lives with.

Check out how this situation has progressed with all of the posts below.