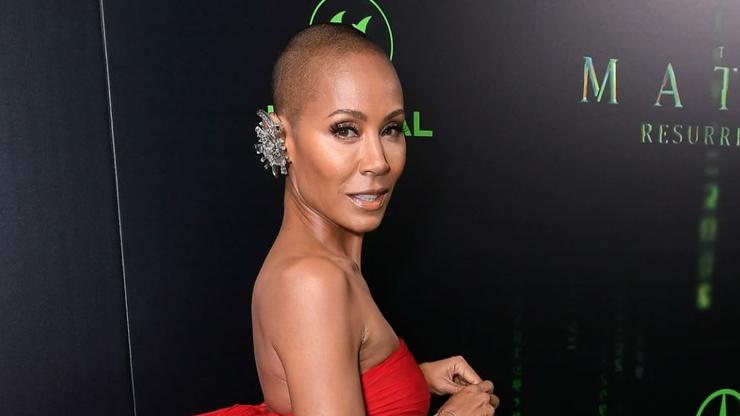 While showing off her shaved head, Jada revealed a patch that makes it “more difficult for [her] to hide” her condition.

It isn’t uncommon for women to shave their heads. Amber Rose is a notable figure in the industry who has rocked her bald look for years, Tiffany Haddish decided to go for the “big chop,” and more recently, Saweetie displayed a similar style on social media. Jada Pinkett Smith has also shaved her head, along with her daughter Willow, and while fans thought this was a simple cosmetic decision, Pinkett revealed that she was diagnosed with alopecia. She’s been embracing her look and shared a candid video online where she showed off patches on her scalp.

“Now at this point, I can only laugh,” she said in the clip. “I’ve been struggling with alopecia and just all of a sudden one day, look at this line right here. Look at that.”

“So it just showed up like that and this is going to be a little bit more difficult for me to hide. So I thought I’d just share it so y’all are not asking any questions,” Jada added, hoping to get ahead of the gossip that could unfold about her condition. She then joked, “But you know mama’s going to put some rhinestones in there. I’m going to make me a little crown. That’s what mama’s going to do.”

In the caption, Jada continued to make light of the situation. “Mama’s gonna have to take it down to the scalp so nobody thinks she got brain surgery or something Me and this alopecia are going to be friends … period!.” She has amassed a tremendous amount of support from her fans who are sure to hear more about this on a future episode of Red Table Talk.

Check out Jada’s video below.