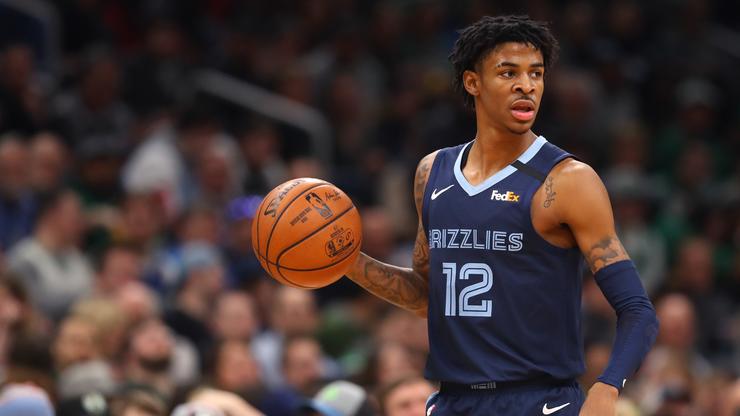 The Grizzlies have confirmed that Ja Morant will miss 3-5 weeks with a Grade 2 sprain.

The Memphis Grizzlies have revealed that Ja Morant is expected to miss 3-5 weeks, following a scary ankle injury during Monday’s 116-111 overtime victory over the Brooklyn Nets, during which, he left the court in a wheelchair.

“In Monday’s game against the Nets, Ja Morant exited late in the second quarter after contesting a field goal attempt of Tomothe Luwawu-Cabarrot and landing on Luwawu-Cabarrot’s foot,” the team said in a press release. “Further imaging revealed a Grade 2 sprain, with an expected recovery time of 3-5 weeks.”

The former Rookie of the Year was able to return to the bench in the fourth quarter and was seen wearing a protective boot.

“So tough to see Ja go down,” Grizzlies coach Taylor Jenkins said after the game. “I know he’s going to bounce back and be fine. We’ll have more updates as we’re going through, but so far so good.”

Morant is in the midst of a terrific second season, averaging 36 points and 8 assists through the first two games. The Grizzlies as a whole, on the other hand, are off to a rough start, currently holding a 1-2 record. Things won’t get easier any time soon with Morant being out for at least 3-5 weeks.