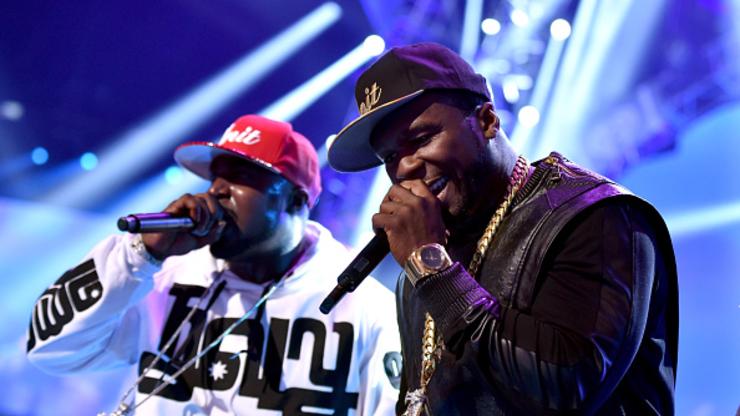 Young Buck is spilling more of his feelings about 50 Cent and G-Unit.

Based on all the most recent claims from Young Buck about his stint in G-Unit, it seems like 50 Cent ran a pretty tight ship, sometimes to the point of detriment for other members in the group. After touching on their problems escalating over the years and 50’s alleged sabotaging of a $100 million brand deal for the rest of G-Unit, the 39-year-old Nashville native is now touching on the moment where Fif exposed a private phone call that went down between them.

In the most recent clip from the interview, Young Buck is asked about how he felt by 50 Cent posting a recording of the intimate conversation the two had that featured an emotional Young Buck crying on the phone. “It f*cked me up bro, honestly, because I looked at 50 as a big brother. And I did become emotional on that phone call, but it’s nothing wrong with crying, everyone cries. Grown men shed tears, that don’t make you p*ssy because you become emotional on a conversation with your brother.”

He continued, “I just felt f*cked up from him tryna play me p*ssy from some sh*t like that. My thing was, how that phone call came about is what the world is bout to hear about now,” referencing to how he was with Sha Money, the manager 50 had a falling out with, at the time of the phone call between he and the Get Rich Or Die Trying artist had about getting his album Buck The World more promo. He explains the feelings of betrayal he felt when 50 exposed the call, including how things looked like they were on the right path after the phone call with Fif.

Despite everything that went down between the two, it seems like Buck still has some respect for the hip-hop heavyweight, previously saying 50 changed his life with the “Blood Hound” record. Listen to the full clip of Young Buck continuing to air out G-Unit‘s dirty laundry below.