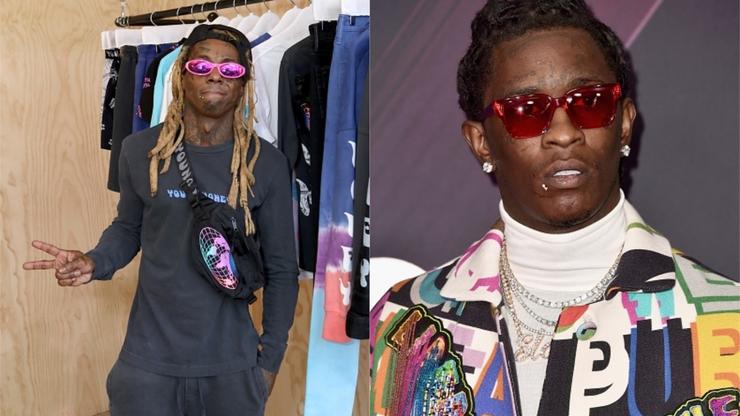 Fans are reacting to the proposed Verzuz battle Thugger suggested go down between him and Wayne.

Young Thug has unintentionally become the subject of various debates online following some testy comments he made about hip-hop veterans Lil Wayne and Jay-Z in a new interview. Freddie Gibbseven chimed in on the matter, asking “D’f*ck” in regards to the latest questionable comments Thug made about legends in the music industry. After saying Jay-Z doesn’t even have 30 songs an audience can sing word for word like his fans do, Thugger then entertained the possibility of a Verzuz appearance and said he’d want to go up against none other than Weezy himself. “It would probably have to be like [Lil Wayne] because you got to think…we got to talk about influence,” said Thug. “We got to talk about everything. It’s not just about no rap.”

Fans have been reacting to Thugger’s request to battle all day, with the public’s opinion on the matter leaning heavily in favor of Weezy F Baby inevitably winning this match. Check out some of the best reactions to the proposed battle between Thug and Weezy.

Watch below for clips of the interview where he made the controversial comments.

Who do you guys think would win a Verzuz battle, Thug or Weezy? Drop a comment letting us know!