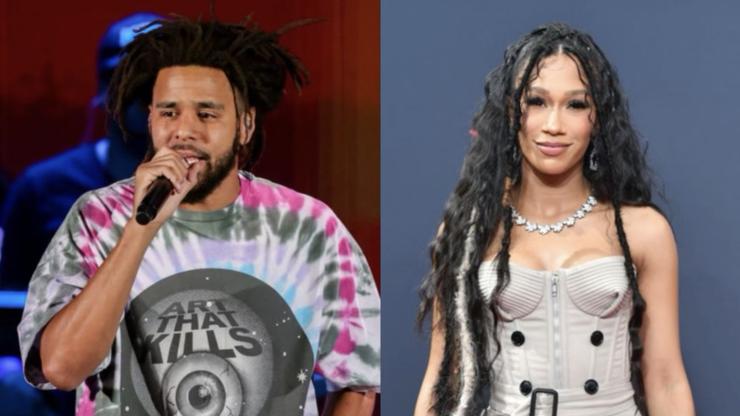 The duo delivered the hit single earlier this year.

It’s been a musical weekend in countries all across the world, with huge festivals taking over stages in cities like New Orleans and London. In the former, the 2022 Essence Festival has been going on since Thursday, featuring headliners like Kevin Hart, Nicki Minaj and Janet Jackson while in the latter, J. Cole signed on as one of the main acts at Wireless Festival.

The Dreamville artist took to the stage on Saturday, July 2nd, and it only felt appropriate for him to bring out BIA to perform their April release, “LONDON” which finds them both donning British accents while dropping braggadocious bars about the best parts of the city.

“I’m in London, I like to go and shop at the mall / Shop at the Prada, shop at the store / Shop in the tropics, stop at Dior (Ah, ah) / Louis Vuitton cover my toes,” the 30-year-old raps on the chorus before Cole takes over.

“Plane just landed, Heathrow, hop off the G4 standard / We see a opp, it’s G-code, we blow his top, now he’s volcanic,” his iconic verse begins. “Please don’t panic over my lingo, both of my feet so planted / Gold wedding ring on my finger, but yet I’m still killin’ ’em singlehanded.”

BIA celebrated the special moment with a video on Instagram, writing, “I can’t thank you enough @realcoleworld I’m so grateful! Definitely checked one off my list today and I’m proud af because we really manifested and made it happen.”

“Thank you @dreamville for embracing my team and treating us with so much love and respect, we friends 4L,” she continued.

Check out the music video for “LONDON” below, and tap back in with HNHH later for more hip-hop news updates.