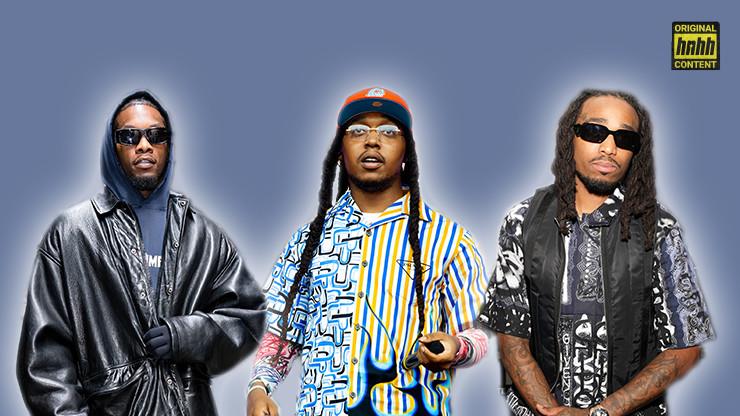 There’s no telling what the future has in store for the Migos, but it seems like their solo careers are ready to flourish.

Nothing lasts forever, and that’s especially true in the current music industry landscape. As sounds and aesthetics shift year after year, those who once led the cultural change often take a backseat to new and fresher faces who, in many instances, are still influenced by those that came before them. The one-time cultural leaders, then, have two options: bask in the glory days or revamp the formula to attain the cultural grip they once had.

In the case of the Migos, there’s been a dire need to switch up the formula. The explosive ascent of Culture turned the Nawfside trio into the hottest commodities in hip-hop. However, in the two instalments that followed, the rawness and spontaneity that made projects like Y.R.N and No Label 2 so refreshing was absent. Each member felt as if they were working overtime to stay on the same page with one another creatively. Culture II, specifically, was a behemoth of a project with an expansive 24 songs in total. It shot to the top of the charts but the music felt contrived. Unfortunately for them, they seemingly reached their peak with their two most successful albums.

The narrative surrounding the hierarchy of Migos members has remained rampant in the five years since Donald Glover labeled them “The Beatles of this generation” at the Golden Globes. Quavo was the MVP on Culture. His strong hooks, melodic flows, and general dominance as the de facto leader landed him on records with Madonna and Liam Payne. The following instalment in the Culture series highlighted Takeoff as the group’s silent assassin. For Offset though, his talent shone brightest on his efforts outside of the Migos. Without Warning alongside 21 Savage and Metro Boomin proved that he can hold his own among any of his contemporaries while “Ric Flair Drip” marked the beginning of a fruitful solo career.

The solo releases from Migos didn’t necessarily catapult each of them on similar grounds. Quavo Huncho charted the highest among all three albums but was not memorable, even with a feature from Drake. Takeoff’s The Last Rocket was easily the most cohesive yet underemphasized in its quality. As for Offset, Father Of 4 was a personal body of work that contextualized his upbringing, his family, and his love life following his temporary split from Cardi B. But when it came time to regroup for the third and final instalment of the Culture series, Migos-mania had worn down. Save for “Avalanche,” Culture III felt more like an attempt to regain the position they once had in hip-hop rather than push their limits creatively. And while it didn’t attain the #1 spot on the charts, it felt like a step above Culture II’s bloated tracklist. Still, it wasn’t a winning argument that they were the best rap group of all time.

Despite being blood-related, the distance between members became far more evident in the public eye as of this year, raising questions regarding their future as a group. “I feel like every group member has to establish themselves,” Quavo told GQ of the solo ventures among the Migos. “Their own body of work. If not, you start losing members.”

While Quavo’s politically-correct response didn’t directly acknowledge break-up rumors among the trio, Offset’s absence on “Hotel Lobby (Unc & Phew),” which had been released a month prior, certainly fanned the flame. Nonetheless, the rattling anthem is perhaps the most experimental piece of music to come out of the Migos since their mainstream breakout, indicating that, perhaps, the Migos brand is the biggest obstacle in the careers of all three members.

“Hotel Lobby” sounds like an arena-ready single, equipped with psychedelic production from Murda Beatz that accurately mimics the Fear & Loathing In Las Vegas-inspired visuals. Quavo’s rapping as if he rediscovered his passion for music while Takeoff quietly proves that he’s been the anchor in the Migos since their inception. It poses questions surrounding Offset’s contributions over the past few years; whether his increasing celebrity presence as one-half of hip-hop’s most recognizable couples hindered the quality of music that Migos released. Still, Offset’s public struggles with Quality Control indicate that there are other factors that come into play.

Quavo and Takeoff’s Only Built For Infinity Links is an apparent attempt to solidify them among the pantheon of great duos, such as Raekwon and Ghostface. It’s an ambitious leap that feels like an attempt to erase Offset from their history. “Hotel Lobby,” “Us Vs. Them” ft. Gucci Mane and the Birdman-assisted, “Big Stunna” is a breath of fresh air following a three-year run of complacent releases. Unfortunately, not everything they’ve produced together has been an instantaneous hit. DJ Khaled’s “Party” with Quavo and Takeoff is easily one of the most disappointing moments on God Did.

The roll-out for Offset’s yet-to-be-announced solo album has been shrouded by internal struggles with Quality Control. The artist-label relationship between the two parties is far more clear-cut than Offset’s stance with Quavo and Takeoff. At the end of August, Offset filed a lawsuit against Quality Control in a dispute over his solo recordings. He claimed that he bought out his contract, which Cardi B corroborated and QC denied.

Nonetheless, ‘Set has remained the most consistent out of all three members throughout the past decade since they emerged. From songs like “Monday” to the success of “Ric Flair Drip” (a modern classic), Offset’s ability to craft witty bars and infectious hits with an uncanny ear for production remains his strong suit. Along with a string of solid features, including Offset’s stand-out verse on SleazyGo World’s “1 Step,” his solo singles are promising signs that his sophomore solo project will be far more daring than Father Of 4. “54321” pairs ‘Set’s triplet flows with jazzy trap-adjacent production handled by Baby Keem, Mike Dean and more. The follow-up single, “Code” ft. Moneybagg Yo is a glossy banger amalgamating ‘Set’s penchant for bars and fashion together (the video also stars Bella Hadid and clothing from Balenciaga). Similar to Cardi B, Offset is establishing himself as a brand and an entertainer, especially as he embraces his background as a dancer. During his latest appearance on The Tonight Show With Jimmy Fallon, he performed a medley of his two latest singles with sharp choreography that left many convinced that Offset is actually the Beyoncé of the Migos. While Quavo and Takeoff have embarked into the worlds of acting and NFTs, respectively, neither of their side-hustles have amounted to the same level of success as Offset has in the world of haute couture.

It’s too early to predict what might happen to the Migos down the line. For all we know, this brief hiatus from group affairs might be a calculated move for a “comeback” or a “reunion” tour in the next few years. However, it’s selfish to expect any group of artists to remain committed to a single artistic venture for the sake of their fans, especially if public interest is dwindling. Quavo and Takeoff are clearly pushing each other creatively in ways that were barely seen on Culture III. Meanwhile, Offset’s embracing the star-power that he’s always had. The Migos have had the game in a headlock for roughly a decade. Perhaps, each member needs to explore their options further before regrouping as the three-headed monster that shifted the culture.