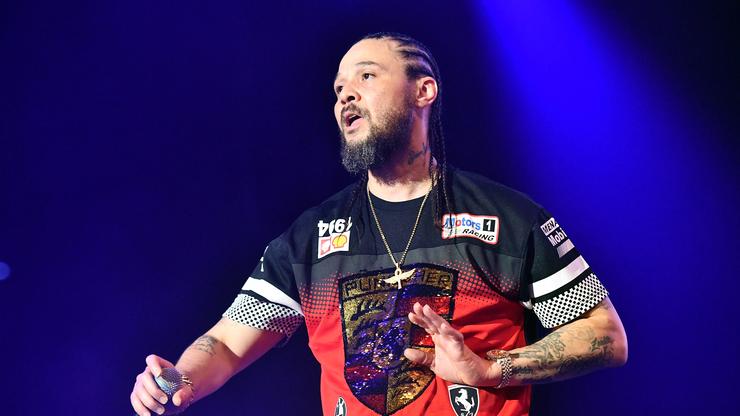 With a new album out, Bizzy Bone targeted his groupmates in an attempt to drum up publicity.

Though it seemed like there was friction within Bone Thugs-N-Harmony, Bizzy Bone claims it was all just a publicity stunt for his new album. Earlier this week, Bizzy Bone unleashed his latest single, “Bizzy Gets Busy” off of his latest solo release, I’m Busy where he calls out his group members for allegedly excluding him from their tours.

It seems like it was all for promo and fans will be able to see Bizzy Bone alongside his other group members this November at the High Hopes concert in California this November. He hit Instagram where he revealed that his comments were simply to drum up some conversation before his album dropped.

“for the blogs and pages cappin’ there is always a method to my madness. Bring the numbers up , make the sht special. Keep things fresh and spruced. Its called marketing and promoting. Never let the left hand know what the right was doing,” he wrote. “Anyway…… I’M BUSY @applemusic @itunes @amazonmusic streaming on all platforms. Blogs/pages – fellas I’m independent and number one lets report that. Or OR!!!!! Stfu. Why tf is Bone Thugs doing a show without bizzy….. and then he announces his last Bone Tour. Stfu. Frfr. Method to the madness. Ya’ll know i hate asking for likes.”

Bizzy Bone’s latest project contains 18 songs in total, though none of the other BTNH members make an appearance on the project.