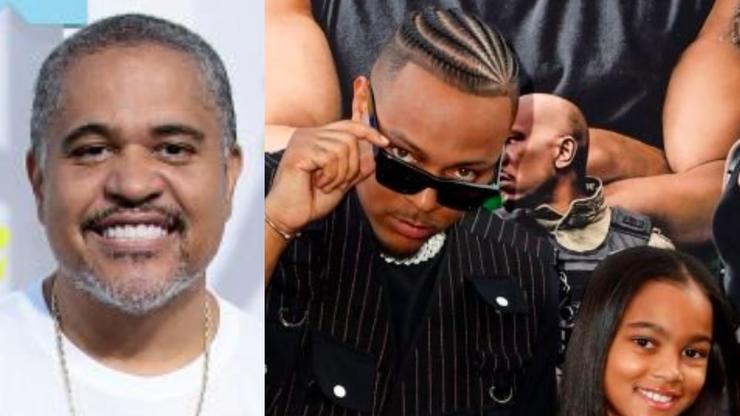 After Irv commented On the 11-year-old’s IG about a movie role, people were upset. The Murder Inc icon returned to put naysayers in their place.

He’ll do whatever it takes to make sure his projects are executed with perfection, and that includes reaching out to potential talent online. Irv Gotti has been much quieter ever since his Ashanti-related comments have ceased, as the Murder Inc boss couldn’t stop talking about his purported former flame for months. From one interview to the next, Irv was dishing on his intimate life with the singer, but after facing a wave of backlash, he has now opted to answer any Ashanti inquiries with “no comment.”

Outside of that controversy, Gotti’s Murder Inc docuseries on BET has been a hit, as fans have received a sneak peek into the behind-the-scenes workings of the hitmaking label. Irv is a businessman that never sleeps, so when he saw a movie role would be a good fit for Bow Wow and Joie Chavis’s daughter, Shai, he reached out.

The 11-year-old has amassed quite the following thanks to her famous parents and her growing talents. As a young actress and dancer, Shai has been featured in several videos, many with her mom by her side, and we can only imagine how many potential talent offers the pre-teen receives. Shai’s Instagram account is run by Chavis, so any messages are screened by mom first, but judging from Irv’s comment on Shai’s page, he wasn’t aware.

“Hey Shai. I tried to reach out to your mom and dad. I am interested in casting you in my movie I’m shooting. Let your mom or dad know to get in touch with me. It’s a perfect role for you. Irv Gotti,” he wrote. It all seemed innocent enough, but the post caused yet another viral moment as people were upset about Irv reaching out to a child.

However, Irv returned to address his critics who were trying to paint him out to be a predator, specifically an Instagram user who called him “broke.”

“1. She did my movie already. 2 I’m rich as f*ck stupid. I just got a 300 Million dollar Deal. To shoot and own my movies. Tv and music. I’m gonna be a billionaire stupid. Keep watching my work and hating. Lol.”