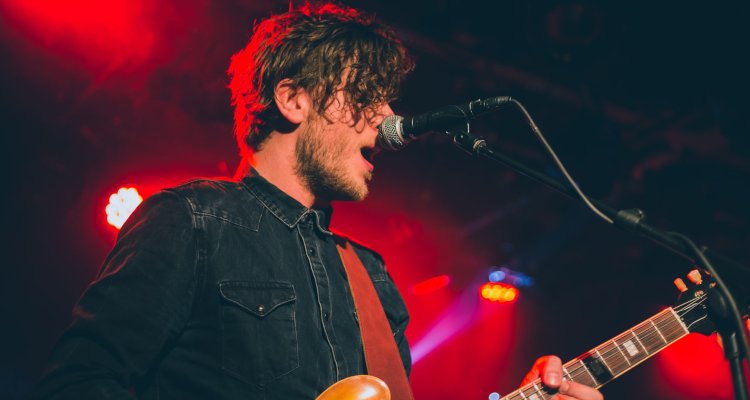 From marketing to distribution and royalty management to sync – not to mention creating and performing live – there’s a tremendous amount for independent artists to handle in the modern music industry. Now, free music promotion service HUDL Music is building a consolidated platform designed to help indie acts save time and set themselves up for success.

Social media’s important role in the music space and wider entertainment sphere goes without saying. Trends and carefully designed campaigns are continuing to launch artists’ new releases and careers. But developing (and maintaining) a material presence on Twitter, Facebook, Instagram, TikTok, and other services is difficult (and expensive), to say the least.

Factoring for distribution, royalty management, sync licensing, and social media alike, artists must manage north of 10 (and in some instances up to 20) services simultaneously. More pressingly, these management assignments play a key part in enabling creators to reach as many fans as possible and collect the payments to which they are entitled.

Owing to this growing abundance of obligations (and the inherent unworkability of dedicating a substantial amount of time to each), most artists’ self-marketing and promotional efforts are either thinly diluted across a number of services, or channeled towards just one or two services.

Both situations produce the same undesirable result – fewer opportunities and less success – a situation that HUDL Music and its one-stop management tools are aiming to solve. The consolidated platform enables independent artists (and songwriters, producers, DJs, and podcasters) to manage their careers like major label acts, albeit without a major label staff or budget.

With that mission in mind, HUDL Music has joined forces with Digital Music News to help indie artists more realistically manage the chaos of building their careers. In fusing the most beneficial elements of social media (for artists, that is), free music promotion opportunities curated by core team members, a Linktree killer of sorts, and music distribution services, HUDL Music is specifically working to help creators avoid spending time and money on likes, which often fail to translate into actual interest and support. Instead, creators can put their valuable resources towards real, concrete outreach efforts from the centralized hub that is HUDL Music.

“Instagram alone is not a marketing plan,” HUDL Music’s Founder & CEO La’Shion Robinson told Digital Music News. “It simply cannot be your only marketing tool if you’re serious about building a music career, but we see independent artists, bands, and musicians falling into this trap of misdirected thinking every single day.”

Besides attempting to make it easier for indie artists to maximize their exposure to actual fans and cease dropping cash on crowded services with decidedly limited upsides, HUDL Music is looking to facilitate meaningful collaboration.

In this way, creators can conceivably replace their endless search for likes and comments (which are nevertheless part of HUDL Music’s nuanced offering) with meaningful professional opportunities and worthwhile connections with supporters, who HUDL Music says can quickly find new music and back their favorite artists on-platform.

HUDL Music intends to build upon its quick-growing global community of indie musicians, music professionals, and fans by expanding into other critical areas for artists. For instance, HUDL Music’s TipJar – which debuted well before the COVID-19 pandemic – is a stark contrast to many competing companies’ reactive, last-minute tipping-service launches. It costs $1 per month and allows artists to keep 100 percent of their earnings, regardless of the amount.

Similarly, the free music promotion service has released an all-encompassing embeddable player, which “works with all albums, tracks, playlists, and even podcasts that you add to your HUDL Music profile.”

In coordination with a music player on HUDL Music itself, the latter feature could potentially help independent artists combat the many issues associated with leading streaming platforms. These problems include but are not limited to algorithms that favor major label acts (said algorithms go hand in hand with massive marketing budgets), meager per-stream royalties, and the prevalence of ultra-expensive “promotion” features.

That said, higher-ups made it clear when sitting down with DMN that HUDL Music isn’t a streaming service – nor is the platform designed to compete with music streaming giants like Spotify and Apple Music. Rather, HUDL Music is focused on merging the most advantageous components of social media, distribution services, and more.

In the distribution realm, HUDL Music doesn’t intend to supplant indie-distribution leaders such as Tunecore and DistroKid – but will instead offer the option (including unlimited distribution) to artists for $10 per month starting in October 2021, as part of a larger effort to bolster the overarching digital ecosystem.

Moreover, HUDL Music execs in our discussion emphasized prominent distribution services’ perceived lack of functionality on the social side, which creates a silo effect. Inversely, HUDL Music has built and continues to add upon a centralized toolbox model with a social and community aspect baked in. The latter provides less noise (ala Instagram) and more meaningful potential connections, yielding a major opportunity for collaboration between artists around the globe.

Massive funding rounds and noteworthy usership stats suggest that the music industry is already trending towards consolidated management choices across royalties, distribution, sync, and marketing. HUDL Music is looking to bring these and other elements together into an all-encompassing platform with a strong potential for further growth.

And on this front, artists including Nuutrino, The Mice, SlYder, and Lenny Harold (of multi-platinum R&B act Blackstreet), besides tenured podcasts like Future/Sound with CUSCINO in the EDM/futurebass realm, are early members of the HUDL Music community, which is poised to benefit from  seemingly far-reaching expansion plans.

Specifically, HUDL Music is preparing to integrate with Bandsintown (so that indie fans can promptly check out local gigs as well as livestream shows), launch a more video-focused Linktree option for artists, and make available a music industry jobs board for auditions and performance opportunities.