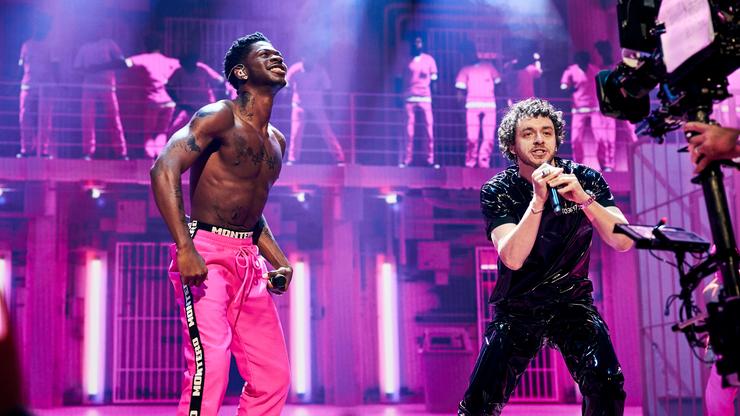 The single has stormed the charts but it marks a special milestone for the rapper.

If you were to ask Jack Harlow, he would tell you he knew his first No. 1 was on the horizon. The buzzing Kentucky rapper has been on a meteoric rise within the last few years and with each new collaboration or release, Harlow is reaching new milestones. Aside from his solo efforts, his assist on Lil Nas X‘s controversial “Industry Baby” single has helped make the track a massive hit, and earlier today (October 18), Harlow spoke about having a No. 1 song under his belt.

The visual to the MONTERO single caused a ruckus after Lil Nas X and his dancers busted a few moves in the nude, but Harlow has long supported his collaborator publicly.

On Instagram, Harlow posted a screenshot of the Billboard chart and penned a thankful message in the caption.

“My first number one. I’d be lying if I said I didn’t see this coming while I was writing my verse,” wrote the rapper. “Thank you for having me @lilnasx. This song is something I am gonna be proud to be a part of for the rest of my life. As for what’s next…buckle up.”

Back in August, Harlow told Variety, “I think he’s giving a voice to a lot of people and kids who could use one. I think the community he represents could use someone who’s succeeding on a mainstream level — where it can feel like, ‘Yo, you can be No. 1. You can be the greatest.’ I really recognize what he’s doing and I admire him. I admired him long before we met.”