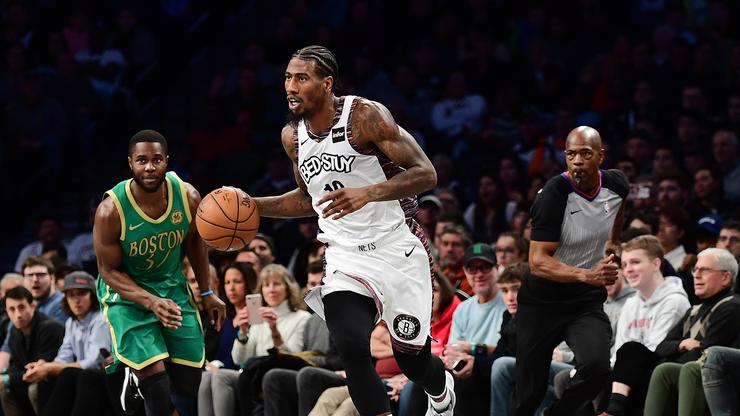 Shumpert was on his way to Los Angeles when he was caught in the airport with weed.

Iman Shumpert was arrested at the Dallas-Fort Worth airport on Saturday after being caught with 6.12 ounces of marijuana, according to TMZ. In the report, it was revealed that Shumpert was on his way back to Los Angeles so that he could see his family. His flight was scheduled for 3 PM, and while going through TSA at 2:40 PM, officials found a bag that made them immediately suspicious.

Once cops arrived on the scene, they were able to tell the bag did, indeed, contain marijuana. From there, Shumpert was arrested and taken to the airport jail where he eventually got hit with felony weed possession charges.

As TMZ reports, this is considered to be a state felony, which means Shumpert could face a maximum prison sentence of two years. He may also have to pay a fine of $10K, depending on how the legal proceedings move forward. It should be noted that there were no further incidents involving Shumpert as he swiftly cooperated with police upon arrest.

For now, Shumpert has yet to comment on the situation. Stay tuned to HNHH as we will be sure to bring you all of the latest details on this developing story.