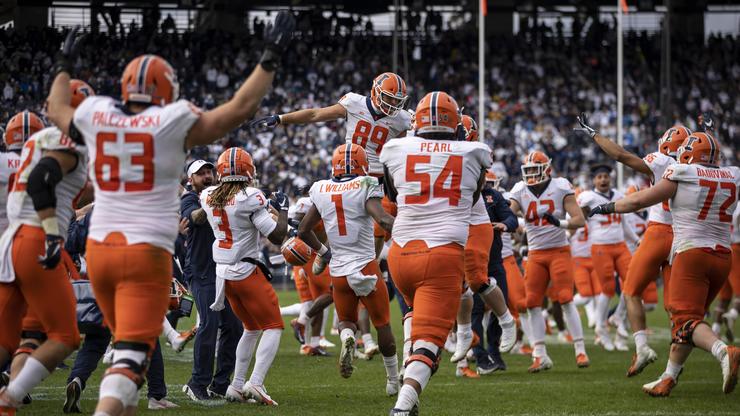 “I actually cried,” Washington said after the game. “It just felt good.”

The ridiculous stalemate was tied at 10 at the end of regulation. The teams both took field goals in the first two overtimes.

In the eighth overtime, both teams succeeded in their respective plays, resulting in another continuation of the game.

Finally, Washington’s 2-point conversion put the game to rest in the ninth overtime.

“To see our locker room right now is pretty special,” Illinois head coach Bret Bielema said afterward. “They fight for one another.”

Penn State head coach James Franklin admitted that his team has plenty of opportunities to win, but they failed to take advantage: “We had other opportunities on offense, defense and special teams that we could’ve made big plays to end the game and we did not.”