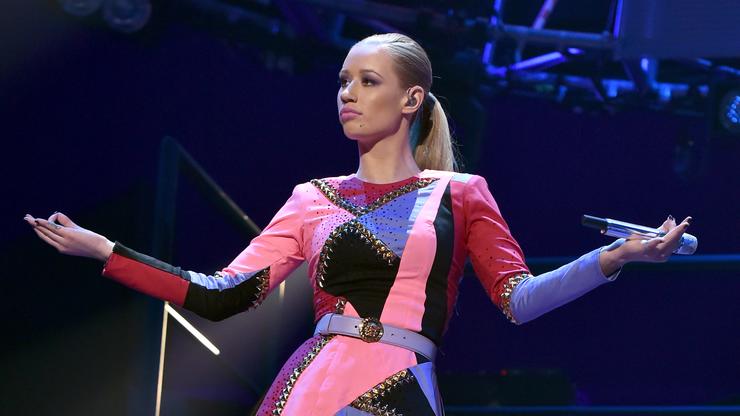 She claims the airline sold their seats while the gate was still open and wouldn’t give them their luggage. American Airlines responded online.

An airline has been Iggy Azalea‘s target after she detailed her story online. The rapper is no stranger to constantly traveling and with her young son Onyx by her side, it’s expected that Iggy wants to make sure they are able to move from one location to another with ease. However, she ran into a bit of trouble while traveling with American Airlines and detailed her experience to her 7.6 million Twitter followers.

“I wanted to tell any families booking travel be careful flying with young kids on @AmericanAir,” Iggy tweeted. “I was flying with my son & they sold our seats while the gate was still open then refused to take our bags off the plane although every other flight was sold out for that night. I explained why stranding me is one thing but taking a babies luggage is pretty sh*t. There’s stuff he really needs. They do not care.”

“Lucky I booked a different airline but the average person would’ve been ass out and f*cked i so just wanted to warn other moms… Be careful! [shining heart emoji].” After her story gained traction online, American Airlines reached out and asked for more information. They wanted the rapper to DM them, but she showed that she already had, to no avail.

“No need to dig into anything [crying laughing cat emoji],” Iggy replied. “Me & other families have shared our apparently VERY common experiences of your airline selling kids seats after check in, leaving families stranded, refusing to give back luggage etc. just peep the thread – it’s very on brand for you apparently! [shrug emoji].”

Not a good look for American Airlines. Check it out below.