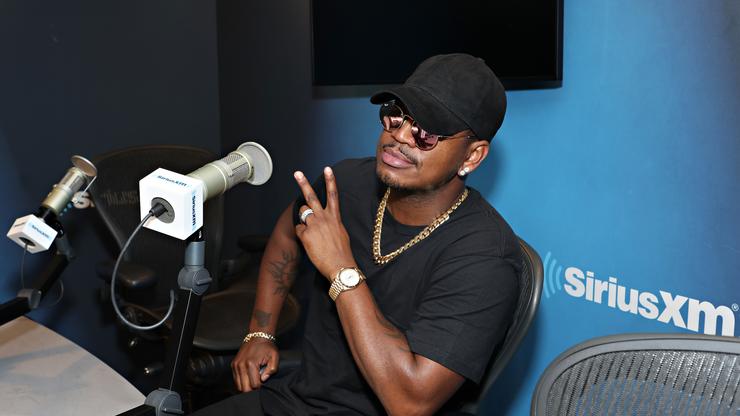 The juicy confession came during a preview of the “So Sick” singer’s upcoming episode of “Drink Champs.”

As the antics from Irv Gotti’s Drink Champs interview continue to make rounds on the internet, a sneak preview of the beloved podcast’s next episode has been unleashed online, featuring R&B sensation Ne-Yo.

On Tuesday (August 9), a video of the “So Sick” hitmaker chopping it up with N.O.R.E. and DJ EFN caught fan’s attention as the 42-year-old recalled the time when Ice-T allowed him to grab a handful of his wife, Coco Austin’s behind.

The incident took place at a Halloween Party, where Ne-Yo was feeling particularly bold after spotting the model in a racy costume and downing some liquid courage. “So, I walked up to him and was like, ‘Bro, with all due respect, uh, I’ve been wanting to squeeze Coco’s ass for a really long time.”

According to the vocalist, Ice told him, “You know what? I’m just the kind of pimp that’ll let you do it.” Afterward, he allegedly called Coco over and whispered the situation into her ear.

“She looked at him and smiled, then looked at me and smiled, and turned around and bent that thing over, and I grabbed as much of a handful as I could,” Ne-Yo went on. “He gave me a pound, and we drank and hung out for the rest of the night.”

Left completely baffled by the interaction, N.O.R.E. said, “I’m trying to figure out who’s more gangster in this situation. You, or him, or Coco? Or is it all three? I’m taking a shot for that, bro.”

While Ice-T and his wife are still going strong after celebrating their 21st anniversary this year, Ne-Yo can’t say the same about his marriage after his wife outed him for allegedly cheating on her – read more about that here, and tap back in with HNHH later for more pop culture news updates.