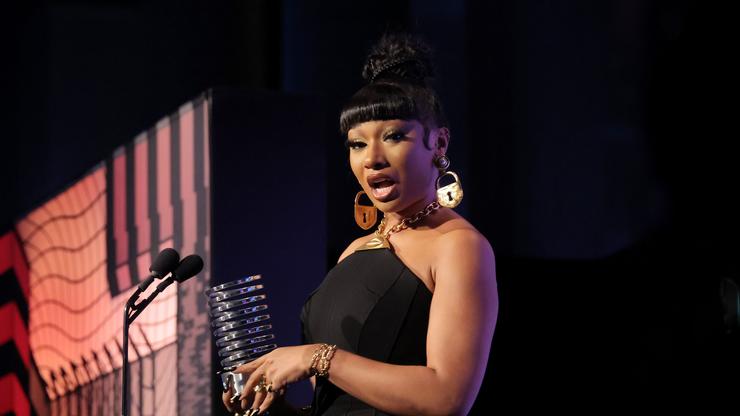 She says “it’s almost that time” and the Hotties are losing it.

She just turned heads with her latest L.A. Leakers freestyle and now Megan Thee Stallion is back with yet another update about her forthcoming project. Megan blazed through her bars during her visit to Power 106 in Los Angeles, and she’s been more visible on social media now that she has begun sharing tidbits about her project. She’s already teased the Sauce Walka would make an appearance along with several of her female rapping peers, and now Megan is giving a hint at what fans can expect from her record.

Her “Pressurelicious” single alongside Future speaks to her catalog that is overflowing with explicit twerk anthems, but we may hear Megan get more introspective this time around.

“It took a lot of self reflecting to get to the point in my life where I am right now,” she wrote on Instagram. “I ain’t saying I finally figured everything out or that I’m finally at peace, bc I’m not… buttt im excited for the hotties to get a better understanding of what’s happening in my head #TRAUMAZINE.”

There is certainly enough material to work with as Megan has been facing off left and right. She’s had contention—and a legal battle—with her record label 1501 Certified Entertainment, her music has been leaking online, and there is still the lingering court battle she’s embroiled in with Tory Lanez. Fans are expecting to hear about these controversies and more on her next record, but we’re sure her regularly scheduled twerk anthems will also make an appearance.

Check out her posts below.