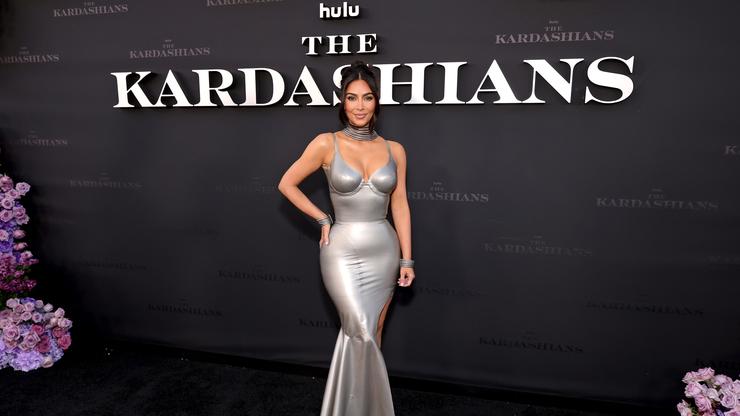 The mother of four has secured yet another impressive brand collaboration for herself.

Amid reports that she’s been having a “hard” time following her breakup from 28-year-old Pete Davidson, Kim Kardashian continues to prove that business always comes first, unveiling her new collaboration with Beats by Dre on Tuesday (August 9).

Throughout the years, the mother of four’s style has evolved countless times (largely thanks to the influence of her ex, Kanye West), and lately, she’s landed in a spot that finds her wearing plenty of neutral colours, which just so happen to be the inspiration behind Beats x Kim.

In promotional photos, Kardashian can be seen modelling the Fit Pro earbuds in a light, bone shade of her own creation. As Page Six points out, the 41-year-old seems to have styled herself in SKIMS garments of a similar colour, proving to would-be shoppers that neutral headphones can still be stylish.

“I wanted to break away from the idea that headphones have to be colorful to make a statement,” the reality star shared in a statement. On her Instagram Story, she admitted to “not really vibing” with trendy, bright headphone options that are popular among many.

“I wanted these to really blend in a little bit more.”

The Beats x Kim collection will be available for purchase on the Apple website as of August 16th. Headphones will retail for $199.99 and come in three different shades – Moon (light cream), Dune (dark tan), and Earth (rich cocoa brown).

While filming a behind-the-scenes video for the campaign, the socialite revealed that she already loved using Beats, and she commissioned an artist to paint her own pair before approaching the brand about actually creating them.

“[Headphones don’t] have to be anything loud,” Kardashian declared. “It can just blend in with what you are wearing. It’s kind of a statement.”