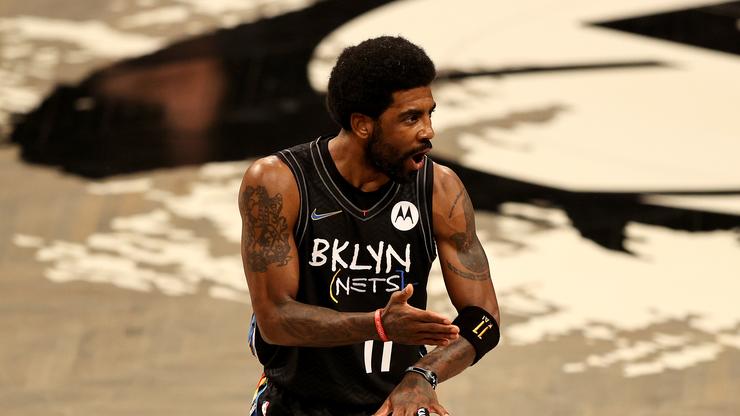 There is a lot at stake for Kyrie Irving right now.

It is well established right now that Kyrie Irving is one of the few players in the NBA who is unvaccinated. In some markets, this would not be an issue, however, it’s a big problem for him specifically since he plays in Brooklyn where there are very strict vaccine mandates for indoor events. Simply put, without a vaccine, Kyrie cannot play any home games, and there are no exceptions to be given out.

There have been rumblings that Kyrie could miss out on a lot of money and that he could even be traded if he continues to hold out on the issue. Now, the NBAPA has come to an agreement on lost wages in regards to the vaccine, and it doesn’t look good for the Nets point guard.

According to Tim Bontemps of ESPN, players who have to miss games due to being unvaccinated will lose out on 1/91.6th of their yearly salary, per game. If you are Kyrie Irving, this means you will lose out on $381,000 for every single game in which you are unavailable. This is a nightmare scenario for any player, although the solution is quite simple.

It remains to be seen whether or not this is enough to sway Kyrie, although as his aunt said in a previous report, he is going to do everything he can to skirt the rules. With that in mind, stay tuned to HNHH for all of the latest updates on this developing story.