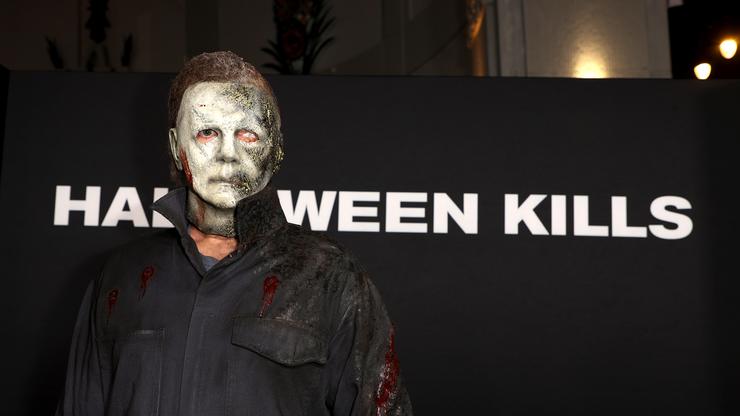 Yes, people actually made this is a thing. No, we aren’t kidding.

He’s a character that has murdered who knows how many others on the silver screen, but Michael Myers isn’t being called out for his villainous behaviors. The Halloween icon has helped strike fear into the hearts of tens of millions of movie watchers for decades, but after watching the most recent installment of the franchise, Halloween Kills, horror fans began accusing the never-dying villain of homophobia.

With October 31 fast approaching this weekend, people are preparing their best and sexiest costumes. Myers is always a favorite due to its frightening simplicity, but before fans don the mask, they have taken to social media to call out what they believe is an absurdity.

Spoiler alert: Because Michael Myers kills a gay couple in the film Halloween Kills, there have been a select few who have taken to the internet to somehow make this an anti-LGBTQIA conversation.

There have been op-ed articles written about the topic, and after experiencing the hammer come down on them pretty hard, people who once supported this line of thought have backtracked, stating that it was all just a joke. However, not everyone is buying it and they are expressing themselves by the thousands.

Read through a few reactions.