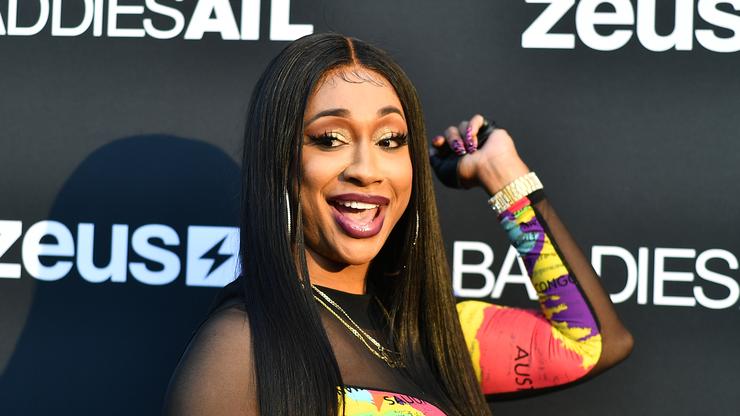 Starr said just because she lied about having a relationship with Chingy all those years ago “does not mean I’m that same type of person now.”

Her relationship with actor Darius McCrary has been the subject of scrutiny over the last few weeks and now Sidney Starr is sitting down to detail their friendship. The transgender actress has been in the industry for years and has been open and honest about her sexuality, but she has faced a heavy scandal. Years ago, she took a photo with Chingy and launched a rumor that they had a secret relationship, and from that point forward, the rapper’s career took a massive hit.

Chingy has spoken about the controversy and Starr has apologized for her actions, and while the controversy was huge when it happened, she has been able to recover. Recently, she posed alongside her good friend Darius McCrary, or Eddie Winslow from Family Matters. It didn’t take long for the public to link them romantically and McCrary was quick to shut down the rumors.

Although he denied that they were in a relationship, another video of the two kissing and getting close also went viral. After having the internet moment, Sidney Starr was invited to The Real to set the record straight.

“As you guys can see, it really, really, really hit us. It hit us hard. I don’t think either I or Darius knew how hard that this was gonna hit,” she said. “Society was not ready for this at all.” Starr clarified that they are “friends,” adding, “He’s a very good friend of mine. That’s all I’mma say.”

The hosts took a step back from joking about the viral moment, noting that within certain communities, even speaking about dating a trans person can be detrimental due to stigmas and anti-LGBTQIA+ beliefs. They even brought up the Chingy scandal and reminded Starr that she has been involved in something such as this before.

“I’m only human. I come from a very scratchy past, but I will say this: I am all about positivity,” the model answered. “Ms. Starr is coming with nothing but love and positivity and I want everyone to know that just because I have a past with something like that does not mean I’m that same type of person now.”

Watch Sidney Starr explain herself below.