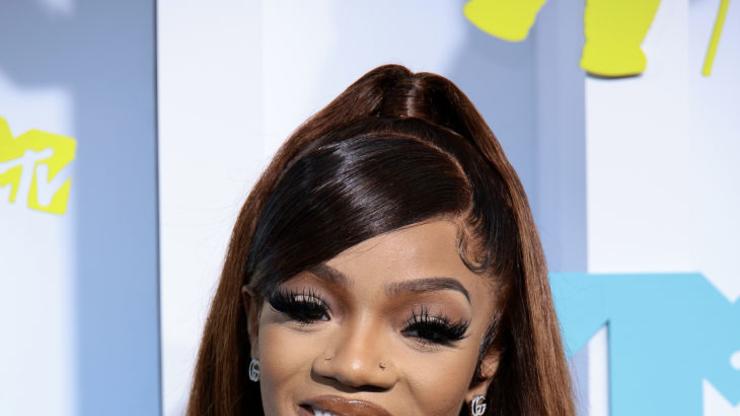 “You are such a beautiful person inside & out. Luv you sis”

As GloRilla’s celebrity continues to grow, so does her star studded celebrity connections. On Friday (Sepetmebr 9), the Memphis rapper blessed fans with the remix version to her debut Summer anthem “F.N.F. (Let’s Go),” featuring JT of the City Girls and Latto. Keeping up with the women empowerment energy, GloRilla took to Instagram with a sweet message for Saweetie, whom Glo says was one of the first artists to reach out to her when the song started to catch some buzz.

“I wanna take time to thank my good sis @saweetie so much!” the 23-year old rapper shared. “She was the first person to reach out to me when the song blew & when I first saw her I was in shock because she’s one of the girls who I just use to go on her ig & stare at her because she’s so pretty.” But the love didn’t stop there. GloRilla went on to share details from her first meeting with the Icy Girl. “When I first met her she instantly treated me like royalty like I was her little sister the vibes was so genuine & sweet,” she continued. “My last day out there was so sad lol we did not wanna say goodbye to each other lol I gained a sister 4L. you are such a beautiful person inside & out.”

Touched by the kind words, Saweetie replied, “Love you too sis! Keep shining.” Back in May, Saweetie and GloRilla teased the initial remix version and  to “F.N.F,” featuring the Bay Area rapper. “LETS GOOOOOO !!!!!!!!!!!!!!! #FNF ALL SUMMAAA LONG REMIX. From the bay to Memphis IKDRRR,” Saweetie shared in a post over the Summer.

Stream the official remix to “F.N.F (Let’s Go).” Check out more new music from GloRilla below.