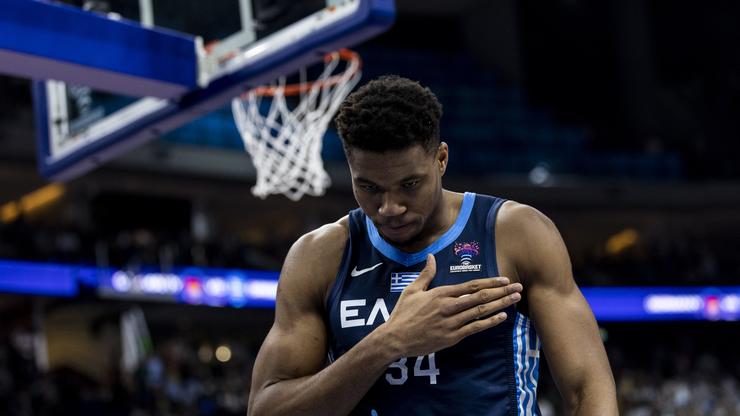 Giannis swung a little too hard.

Giannis Antetokounmpo has been playing for Greece during the Eurobasket tournament this offseason, and he has been playing extraordinarily well. Greece doesn’t have the best basketball program in Europe, but Giannis certainly makes them better. They were not guaranteed to make it out of the group stage but with Giannis’ help, Greece was able to come through with some big wins, and today, they played Germany in the quarterfinals.

Unfortunately, Giannis and his teammates were simply outmatched by the German squad. Germany was able to control the match in the second half, and in the end, Greece was knocked out of the tournament.

Things were especially dicey for Giannis in the fourth quarter as he was ejected from the game with two unsportsmanlike conduct fouls. As you can see in the clip below, Giannis took a huge swipe at a German player and hit them in the face. It was a pretty brutal hit and the referees were not having any of it.

Giannis was promptly set off of the court when the game was already out of reach. It was a disappointing end to the tournament, but Giannis still took Greece further than they should have gone.

Heading into this NBA season, there is no doubt that Giannis will be hungry for that second ring, and end some debates, once and for all.