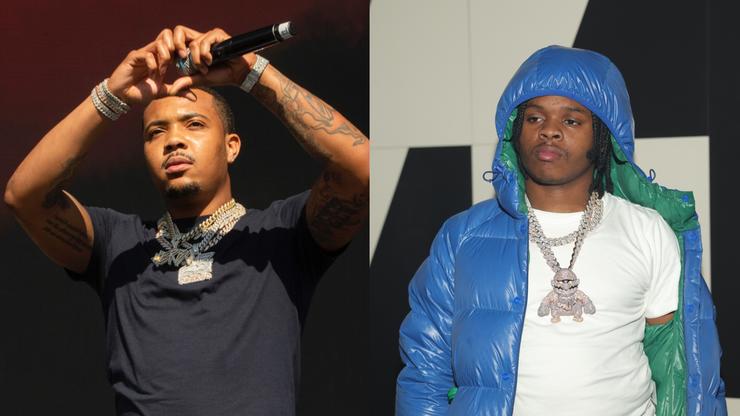 G Herbo shows his support for 42 Dugg amidst the Detroit rapper’s legal struggles.

Last month, 42 Dugg was arrested by federal agents in Detroit after reportedly failing to turn himself in for a six-month jail sentence. The Last Ones Left rapper now remains behind bars, but over the last several weeks, photos of 42 Dugg have gradually hit the internet, revealing that the CMG artist is still in good spirits despite his legal issues.

Over the last 24 hours, a new round of photos has surfaced, and the two pictures show that 42 Dugg has remained in high spirits and even started making friends during his time in jail. In the two new photos shared by DJ Akademiks, the Detroit native is seen posing side-by-side with a shirtless inmate, as they throw up peach signs and shake hands.

Check out the photos below.

Naturally, fans flocked to DJ Akademiks’ post to share their thoughts on 42 Dugg’s arrest, but one of the most notable comments underneath the post actually came from Chicago’s own G Herbo. The 25 artist hit the comment section to vocalize his support for the rising 26-year-old rapper, simply writing, “Free the real.”

According to HipHopDX, 42 Dugg is currently facing up to 5 years in prison as a result of his arrest in May, and while awaiting his sentencing, the former XXL Freshman has been labeled a flight risk. Stay tuned to HNHH for more details regarding 42 Dugg’s case.