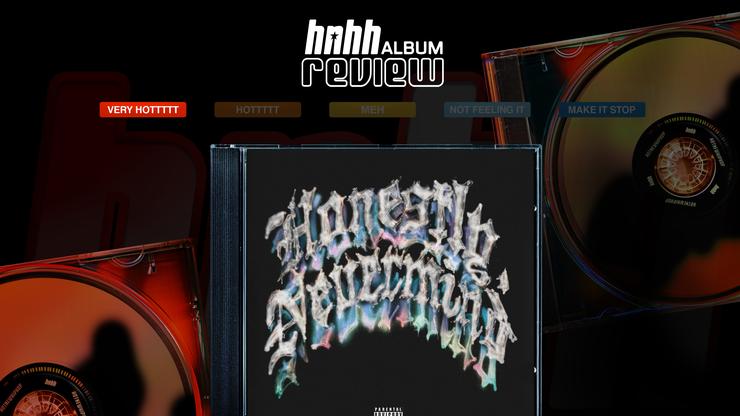 “Honestly, Nevermind” feels like the freshest album Drake has released in awhile.

Approximately nine months after the release of Certified Lover Boy, Drake has returned to the forefront of the music industry with his seventh official studio album, and despite the rumors that flooded the internet in the weeks prior to its announcement, Honestly, Nevermind has undoubtedly caught most people by surprise. In addition to being a straight-up shock drop from one of the most popular artists in the world, Drake’s latest release is a far cry from the melancholic and toxic blend of Hip-Hop and R&B that he dominated the 2010s with. On his seventh LP, October’s Very Own ditches his proven chart-topping formula and dives head-first into dance music, and so far, his daring sonic departure has proven to be a risk that was well worth taking.

Honestly, Nevermind is an album that creeps up on you and then quickly pulls you into its world, and once you’ve accepted that you’re in foreign Drizzy territory, it’s an extremely enjoyable experience. “Falling Back” is the first full song that listeners are introduced to, and even Drake’s questionable vocals can’t kill the allure of &ME, Rampa, Beau Nox, and Alex Lustig’s mesmerizing production. From that point on, Honestly, Nevermind continues to pick up steam and pump out earworm after earworm.

From “One Dance” and “Hotline Bling” to “God’s Plan” and “Nice For What,” Drake is known for creating songs that stick, but with that said, the vibe of Honestly, Nevermind is still unbelievably infectious. Despite the pulsing, metronome-like beat that guides the bulk of tracks, the album isn’t a monotonous effort. The beat selection is exceptional, whether it be the bed squeak-ridden beat by Gordo and Black Coffee on “Currents”; the glitchy Gordo and RY X-produced “Sticky”; the soulful, Amapiano-inspired Beau Nox, Alex Lustig, 40, and Black Coffee production on “Overdrive”; or the Latin jazz-twinged production from Gordo, Vlado, and Ramon Ginton on “Ties That Bind.” As an artist who has been vocal about his desire to work with Sade since his debut studio album in 2010, Drake is finally making music that could sonically warrant such a collaboration.

For the first showcase of his new sound, Drake has also altered the way that he constructs albums. With a runtime of 52 and a half minutes, Honestly, Nevermind is the shortest studio album in the Toronto talent’s discography, and when taking all of his mixtapes, compilations, and other side projects into account, it’s still the second shortest full-length project that he has ever released, right behind 2020’s Dark Lane Demo Tapes. Furthermore, long gone is the slow-burning, bar-heavy introduction that has become a staple in his catalog. In fact, Honestly, Nevermind’s intro isn’t even a full song. Over the course of the 36-second, Kid Masterpiece-produced vibe check, Drake doesn’t utter a sound.

Then there’s the lack of guest features. Apart from the outlier that was Certified Lover Boy, Drake has averaged about 7 guest features per studio album, but for Honestly, Nevermind, the Grammy award-winner is just one-track shy of pulling off a J. Cole. In a very Yeezus-esque move, Drake closes his seventh studio album by ditching his new sound and treating longtime fans with the only straight-up rap song on Honestly, Nevermind: the banging 21 Savage-assisted “Jimmy Cooks.” More of Drake’s go-to album moves — from positioning one of the big singles near the top of the tracklist to closing out the record with a grandiose lyrical rampage — are also nowhere to be found, and all of those changes are part of why Honestly, Nevermind feels like the freshest Drake album to be released in a really long time.

However, risks are bound to yield a blunder or two, and the most significant one can be attributed to Drake. Although his melodies and songwriting continue to leave little to be desired, Drizzy’s vocals are a mixed bag throughout Honestly, Nevermind, most notably on “Texts Go Green,” “Ties That Bind,” and the previously mentioned “Falling Back.” Fortunately, none of his performances are as egregious or dissonant as “F*****g Fans” from Certified Lover Boy, and the melodies are so enthralling that listeners will likely end up singing over Drake anyway.

Another point worth noting — that isn’t necessarily praise or a qualm — is that the production really carries this record, perhaps even more than beats are carrying today’s mainstream Hip-Hop artists. Despite some patches of incredibly rudimentary drum patterns, the production is what makes Honestly, Nevermind so captivating, and with the listener already locked in, Drake is free to experiment as he sees fit, whether that means repeatedly yelling “Your pussy is calling my name/So come on, baby, let’s stop playing games” on “Calling My Name or going full chopped and screwed on “Liability.”

So sure, Honestly, Nevermind may not be a Hip-Hop album like fans initially expected, but Drake’s concise foray into dance music is a gem that finds him channeling the refreshing creative energy of his acclaimed side projects and loosies. His seventh studio album is easily his most fluid and seamless record since Nothing Was The Same, and it’s loaded with spellbinding tracks that grow on you more and more with every listen. Time will tell if this unexpected recordhas the ability to creep into the upper echelon of Drake’s sprawling catalog, but one thing is clear at this moment. For over half a decade, Drake’s studio albums have been ripped for sounding uninspired and being predictable, and regardless of whether you love it or hate it, there’s no debating that Honestly, Nevermind is neither of those.