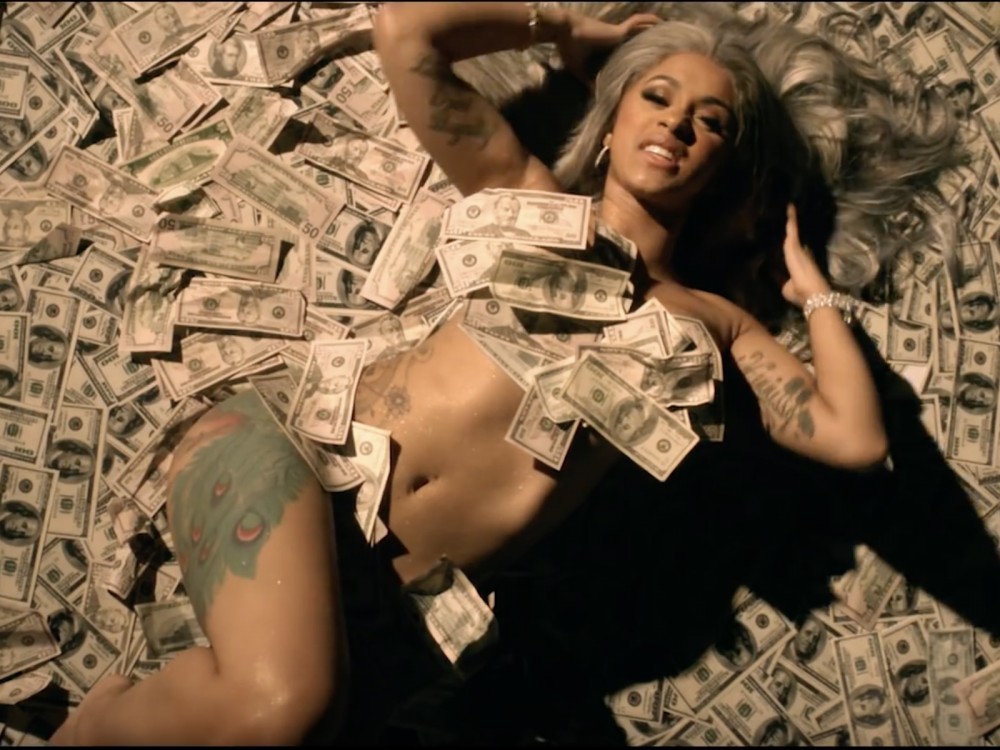 We’re calling it: 2017 has been the year Cardi B. From her debut single “Bodak Yellow” topping the Billboard Hot 100 to her engagement to rapper Offset, the 25-year old has come into the hip-hop scene in a huge way.

At some point this year, there’s a 100% chance you’ve found yourself singing: “you can’t f*%k with me/if you wanted to.”

But do you really know Cardi B? Do you know how she makes her money move? Here are 20 gifs to fill you in on her rise to the top.

For the unfamiliar, Cardi B (born Belcalis Almanzar) grew up in the Highbridge neighborhood in the South Bronx. She started stripping at 19. She speaks positively stripping, an experience that helped her escape poverty, an abusive ex-boyfriend, and body shaming.

As her fame in the New York club scene grew, so did her popularity on Instagram for hilarious, unfiltered videos embracing “email protected]*ism.”

In 2015 she joined the cast Love & Hip Hop: New York. The breakout star graced us with lines like:

If the world didn’t love Cardi B for her realness before, they sure did after Season 6. As many stars attempted before, she segued that Instagram fame into reality TV fame into a successful musical career. In March 2016, she hit the scene with her first-full length project “Gangsta B&*$% Music, Vol. 1.”

Now ficially initiated to the hip-hop game. Cardi B signed with Atlantic Records in February 2017, a deal that produced the single you know and love: “Bodak Yellow,” baby.

“Bodak Yellow” dropped in June. The New York Times called it “the rap anthem the summer.”

The single spent two weeks as number on the Billboard Hot 100. Cardi B is the first female rapper to claim the spot since Lauryn Hill in 1998.

With collabs on songs “No Limit” by G-Eazy and “MotorSport” by Migos, Cardi B is first female rapper to earn the first three spots the Hot 100’s top 10 and the Hot R&B/Hip-Hop Songs chart.

The two became one hip-hop’s hottest couples. They got engaged on October 27, but don’t worry, Cardi’s feminism isn’t going anywhere.