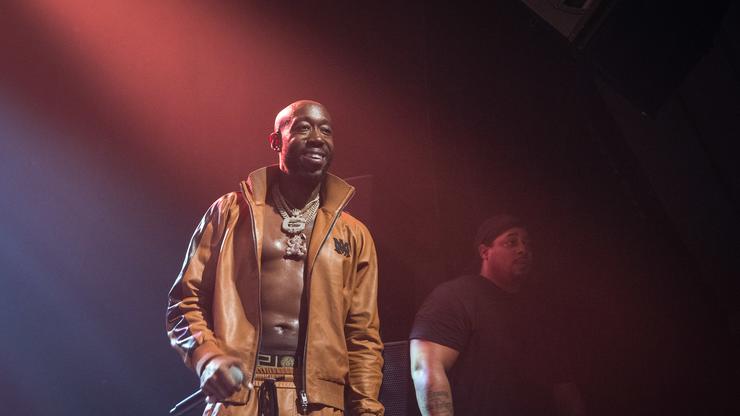 Freddie Gibbs and Moneybagg Yo appear to have some heat on the way.

Freddie Gibbs is just about ready to release his highly-anticipated studio album, SSS. It will mark his first solo release under a major label entity after inking a deal with Warner. Fans have been restless, frequently demanding a release date for the project, which seems to be arriving in the near future.

This week, Gibbs kicked off the campaign as billboards for the SSS casino and resort popped up in New York, Los Angeles, and Chicago. Today, he unveiled a new trailer that suggests the campaign will kick off tonight. The clip finds Gibbs in a hotel room taking calls as two women are behind him having a pillow fight. His manager, Lambo, confirmed that the “Grand Opening of the SSS Resort & Casino” will take place tonight.

It turns out that there’s more to the campaign than just the trailer. Sirius XM’s HipHopNation revealed that they would be debuting a new single from Freddie Gibbs featuring Moneybagg Yo today. The song is titled, “Too Much,” and we presume that it’ll make its way to streaming services at midnight.

Gibbs already detailed a few producers and artists that are expected to appear on SSS. Madlib and The Alchemist reportedly contributed to the production, along with Boi-1da, Pharrell, Tay Keith, Kaytranada and more. He also revealed that DJ Paul, Swae Lee and Lil Yachty will land on the project. He previously released singles with Jadakiss and Rick Ross that will likely end up on the album’s final cut