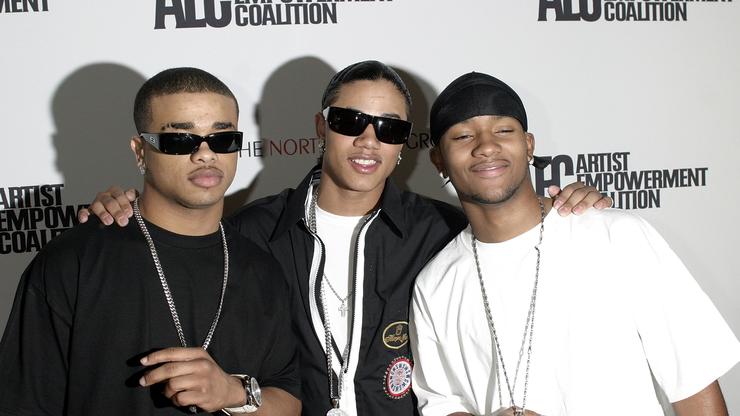 “He did every single on our second album… And the remixes,” J-Boog revealed.

Regardless of the crimes that R. Kelly has been convicted of, his devoted fanbase will never stop listening to his music. The “#MuteRKelly” movement is still alive and well, albeit not as prevalent these days as they were during the Surviving R. Kelly time in television history. The disgraced music icon has topped the charts, toured the world, earned dozens of awards, and was one of the most respected musicians of his generation—but all of the acclaim came with scandal.

Kelly managed to dodge prison time decades ago when he was accused of having sex with underage girls, but in recent years, new allegations have surfaced, resulting in a conviction.

As his current trial moves forward, Kelly’s influence was discussed on a this week’s episode of Drink Champswith B2K—or, should we say, B2K minus Omarion.

Raz-B, Fizz, and J-Boog caught up with the series and talked all things related to their career and the fallout with their missing member. During the conversation, the trio proudly mentioned Kelly’s reach in their development, with J-Boog saying, “He did every single on our second album. Clean flush, bro. And the remixes.”

Fizz slid in with, “And took all the publishing.” The comment made everyone laugh, but in the end, the singers didn’t mind missing out on publishing money because of just how much work Kelly put into their songs.

Check out the clip of the group detailing their work with R. Kelly below.