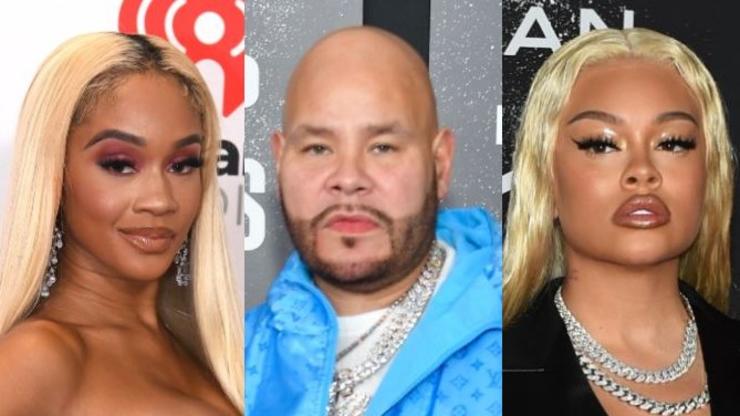 He also explained why DJ Khaled will forever be the top hustler in the industry.

Prior to the BET Hip Hop Awards, we saw that Rap City was making a return to BET. The beloved show first aired on the network back in 1989 and had a good run until its finale in 2008, but we’re seeing its return with the help of Big Tigger. Ahead of the BET Hip Hop Awards, Big Tigger hosted Rap City 21 as Fat Joe joined him for a chat. During the conversation, they spoke about the plight of Hip Hop culture, investing in underserved communities, and who should be named as the biggest hustlers in the genre.

The latter question came from the Hip Hop Awards hustler category, and Fat Joe first named his good friend DJ Khaled as the top hustler in the industry before delivering his other choices.

“This guy’ll sell Colgate, Slim-Fast, and McDonalds in the same week,” Joe joked. “Ain’t nobody hustling more than Khaled. You gotta be kidding me!”

“But, I’ll say Saweetie because I seen where she started and where she’s at now,” he continued. “She got Mcdonald’s deals. She’s doing big things. You know, Saweetie really took her brand so fast to another level.” Another noteworthy hustler that Fat Joehas admired is the Queen of Da Souf herself, Latto.

“She went from being a young Hip Hop artist and now she’s a big thing,” the rapper added about the Rap Game winner. As far as the category itself went, however, Fat Joe revealed he picked “Saweetie over everybody.” In the end, the Bay Area rapper did take home the trophy. Revisit Fat Joe on Rap City 21 below.