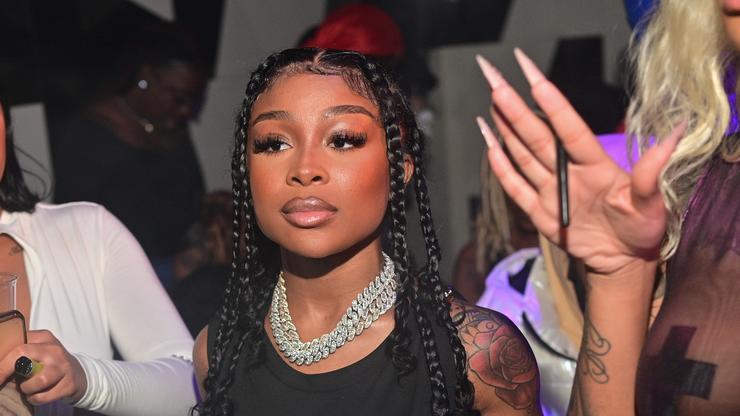 The TikTok user went viral after showing off the items she purchased from Jayda, causing Cheaves to bear the weight of backlash.

A viral TikTok video has Jayda Cheaves upset. A way for disgruntled customers to catch the attention of businesses is by publicly taking their grievances to social media. While it can pose to be a headache for business owners, it is quite successful for patrons hoping to get refunds or exchanges for goods that they believe are defective.

Such was the case for Jayda after a young lady went viral on TikTok after sharing a video of herself wearing the social media influencer’s merchandise.

The woman opened her video by stating that she is a fan of Jayda’s and wanted to support her, however, she was unhappy with the items she received. Even standing 5 feet 2 inches tall, the woman showed that the pants were too short. The all-white matching outfit was a tad transparent and you could see the outlines of layered fabrics, including the pockets.

She stated that she was unable to return the products because of the company’s policies and soon, Cheaves shared a message about the controversy to her Instagram Story.

“The route y’all go to tear a business down is beyond me,” she said. “But it’s cool. The good most definitely outweighs the bad. And most of my customers are 100% satisfied & speak very highly of the quality we offer. Everything is not for everybody & i sell exactly what I’ve been promoting since the first time i mentioned my new line.”

Jayda added that she has been “loving all the feedback” despite complaints, and later, the customer updated her followers to say that the company decided to forego its policy and accept her return. Check it out below.