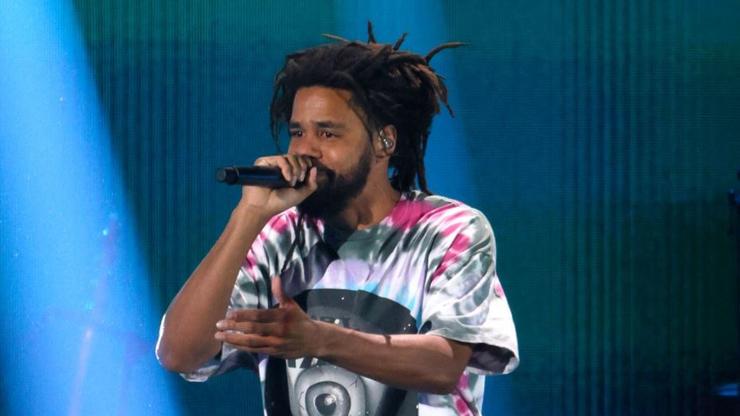 You ever wonder who J. Cole would name on his Mt. Rushmore? He creatively showed his answer during a recent tour stop.

We’re in the thick of The Off-Season Tour and J. Cole continues to wow arenas that host thousands of adoring fans. The acclaimed rapper added 21 Savage and Morray to his lineup, making for an epic live performance that has been shared across social media platforms near and far. We have previously reported on surprise, unforgettable The Off-Season Tour moments including appearances from Future and Drake. The latter even dubbed Cole one of the greatest to ever pick up a mic.

Last night (October 11), the tour touched down in Dallas at the American Airlines Center, and Vibe reports that during J. Cole’s set, he addressed those Mt. Rushmore conversations in his own way.

“I wanted to be able to come to this level of place and give y’all the f*cking bars, the real ill bars,” the rapper reportedly said. “’Cause I’ve been coming to Dallas for a really long time and I know people really appreciate the bars, the art of putting these f*cking words together. I gotta step on this stage in front of thousands of people and still be able to be true to who I am and what I love.”

Additionally, Cole showed an image of his Mt. Rushmore of Rap, and he didn’t just take up one space, but all. Check out a photo from a fan in the audience below.