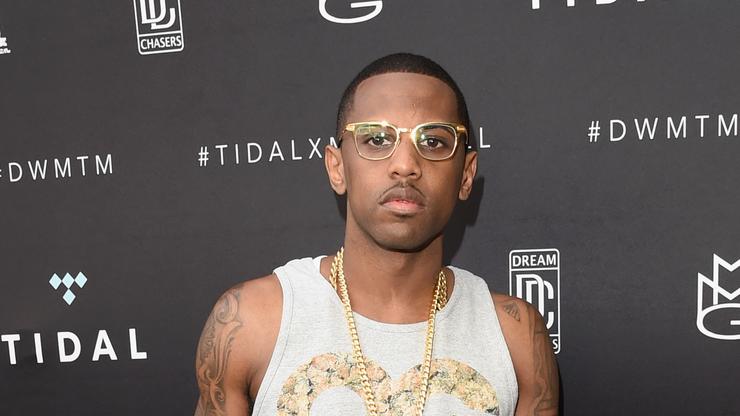 They were on a virtual interview while Fab was sitting in his Rolls and a cop approached asking what he was doing in the area.

Two good friends were just chopping it up on Livestream together but unfortunately, they were interrupted by alleged racial profiling. It’s easy to find Jim Jones and Fabolous posted up together, whether they’re making fun of one another’s gym drips or sharing jokes on social media. Jones has taken over with his hilarious weather reports and he decided to add Fabolous to the mix with a live interview. Fab was in his car on the side of the road at the time and someone was paying attention.

The pair were sharing the screen as Jones asked his Rap peer about the new music Fab has on the horizon. “Once the weather start breaking, it feel like it’s a little bit of the Fab time,” he said. “I’m definitely working on some music right now and trying to get, like, ready for summer.” Then, Fab says “Oh, wow,” as someone approached.

A police officer asked Fab why he sitting in his car in that area. “I was just pulled over to do this interview on the phone,” Fab answered. Jones chimed in asking if that was really the police. Fab said, “Yeah, police pulled up on me.” Jones told him not to worry because he wanted to “get you outta harm’s way.”

The rappers gave their goodbyes and Fab signed off, but Jones wasn’t finished processing the exchange. “That’s kinda wild, um, he was sitting in a Rolls Royce. How is police hating on that man?” questioned Jones. “This is crazy. Firsthand, we get to see what it feels like to be Black and rich in America. It doesn’t matter if you rich or if you poor, it matter the color.”

“I’m not starting anything, but y’all saw it for yourself.” Check it out below.