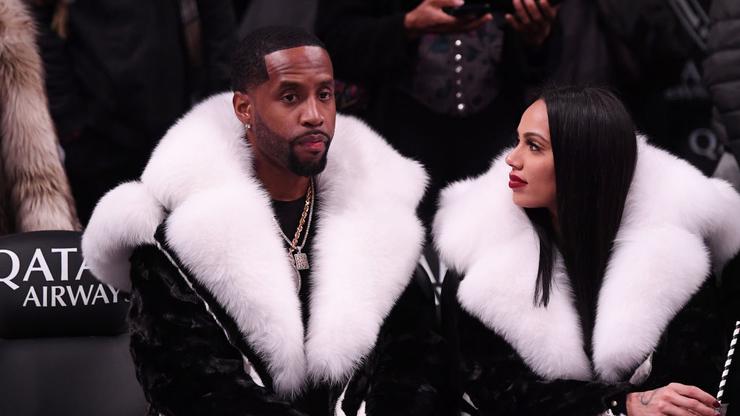 The two came to a mutual agreement, resulting in Safaree paying $4,305 a month.

The relationship between Erica Mena and Safaree has officially seized. The two tied the knot in 2019 and gave birth to two children before calling it quits. For years, fans watched them exploit their marriage on Love & Hip Hop: Atlanta and across social media. From accusing one another of cheating to arguing on different networking sites, the reality couple has had their fair share of mishaps.

According to TMZ, the two have finalized their divorce terms. The media outlet obtained legal documents that show that the judge signed off on the divorce on September 12. The exes came to a mutual understanding through arbitration– a procedure in which a dispute is submitted by agreement of the parties. One of the guidelines in the paperwork was that Safaree would be responsible for paying Erica $4,305 a month in child support.

Not too long ago, HNHH reported that the former couple placed their Georgia home on the market for $1.3 million. Equipped with a pool, master bedroom with a balcony, and lounge space, the house was sold to a television executive and producer by the name of Carlos King.

In other news regarding the two, Erica alleged that Safaree was responsible for leaking his sex tape that mysteriously hit the internet. After Safaree claimed that he would take legal action, Erica tweeted, “Can one of y’all ask this fool to pay these bills that’s been pending for months on this parenting app before he starts fake ‘suing’ himself and his paid sex partner. SMH”