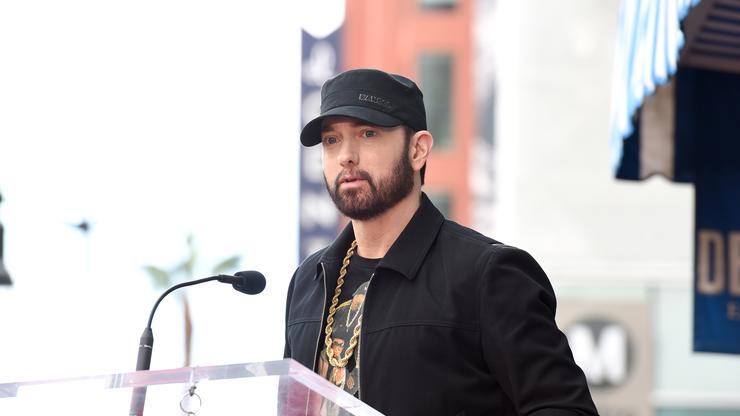 The artist who painted Em’s portrait is also responsible for King Von’s mural in Chicago.

He is an urban planning artist known for his work across the country, but someone wasn’t a fan of Chris Devins’s work in Detroit. If you are unfamiliar with his name, there is a good chance you may have seen Devins’s work in Chicago; he is the muralist who was petitioned to create the artwork of the late King Von. Celebrities and fans have shared images of themselves posing in front of the Von mural, but there have been rumors that authorities are trying to have it taken down.

As if Devins didn’t have enough problems with his King Von portrait, he recently told reporters that the six-foot-tall mural of Eminem was defaced just days after it was erected.

“I felt terrible,” said Devins. “I was devastated. Who would do that? That’s against the rules of street art.” He added that it was “disrespectful” to violate the mural, but Devins said he plans on returning to Detroit to fix the painting. “I want to restore it to its original value. I would like to re-present it to the community in its unblemished form.”

“I didn’t put up anything ugly. There was time and effort spent to make sure it was something people would want, and to make it relatable to the community,” he said. “It’s not just usual tagging.” Check out a few posts from Chris Devins below.