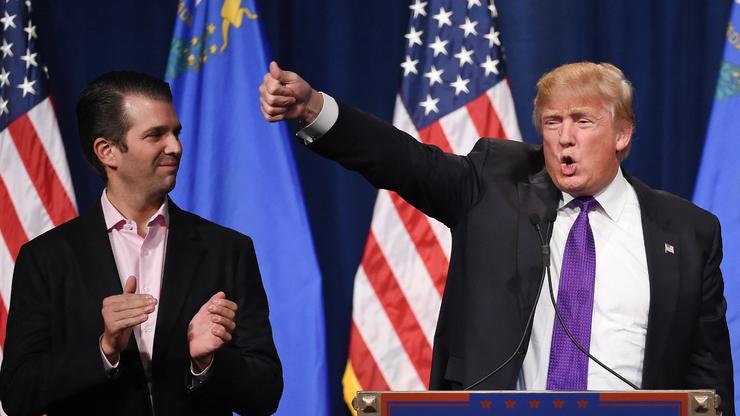 Fans can tune in to a special broadcast featuring the former president and his son.

Have you ever wanted to watch a boxing match with the Trumps commentating? Now you can, according to ESPN. In just a few days, boxing icon Evander Holyfield and UFC champion Vitor Belfort will face off in an eight-round match that is sure to bring in millions. Tito Ortiz and Anderson Silva share the title for the co-main event, and while there will be professional commentators keeping the fans updated and entertained during the match, “gamecast” viewers will be enjoying the father-son Trump duo.

ESPN reported that former President Donald Trump and his son, Dondald Trump Jr., will come together to share their thoughts during the anticipated match.

The Trumps will be at the Hard Rock Hotel & Casino in Hollywood, California, and will commentate the entire four-fight telecast. In a statement, the sports-loving former Commander-in-Chief shared his excitement.

“I love great fighters and great fights,” said Trump. “I look forward to seeing both this Saturday night and sharing my thoughts ringside. You won’t want to miss this special event.”

As many know, this fight was scheduled to be Oscar De La Hoya’s comeback bout—his first fight since retiring over a decade ago. Recently, De La Hoya revealed he had been hospitalized after testing positive for COVID-19, but the fight must go on and Holyfield stepped in. As far as the commentators go, Jim Lampley and Shawn Porter are all set for the main telecast, while the Trumps will be featured on the “gamecast” option for viewers.