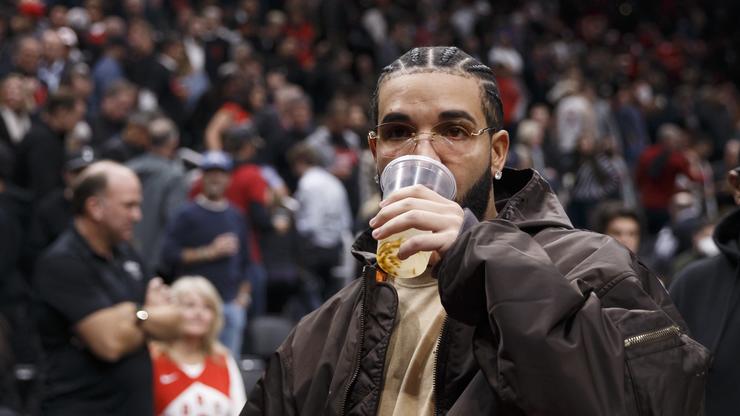 Drake is selling merch for fans who want the old Drizzy back.

The deeper that artists get into their catalogs, the more likely it is that they will release a project that isn’t so well-received by the fan base, and although it never seemed like the day would come, it appears that Drake has found himself in a similar situation following the back-to-back releases of Certified Lover Boy and Honestly, Nevermind.

Fresh off the latter album’s release, Drizzy responded to the backlash over his new foray into dance music by saying, “It’s all good if you don’t get it yet. That’s what we do. We waiting for you to catch up. We’re caught up already. On to the next. My goodness.” Yesterday, the OVO hitmaker took things a step further by releasing a merch collection specifically aimed at fans who want the old Drizzy back.

The merchandise consists of t-shirts, long sleeve shorts, and hoodies that harken back to Drake‘s biggest albums of the 2010s, including Take Care, Nothing Was The Same, If You’re Reading This It’s Too Late, Views, and More Life. In addition to sporting some of Drizzy’s most iconic album covers to date, the merchandise also takes a comical jab at people who aren’t feeling his latest material, as many of the pieces — from the already sold-out IYRTITL hoodie to the Take Care shirt that was recently modeled by Tobey Maguire — feature the Honestly, Nevermind logo alongside the message “Huge Fan Of Your Old Stuff.”

Take a look at some of the designs below.

If you’re feeling any of the pieces shown above, you can cop any remaining stock at Drake‘s official site here, and stay tuned to HNHH for more news.