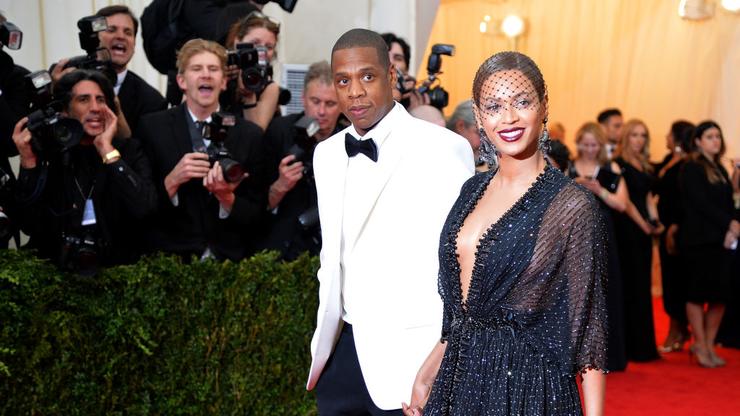 Seeing as six long years passed between the arrival of Beyoncé’s Lemonade and her newly released Renaissance album, the Houston native had a lot to say on her 16-track project – including addressing her husband’s past infidelity, and the time that her younger sister, Solange Knowles, attacked JAY-Z in an elevator at the 2014 Met Gala.

“Boy, I know you can’t help but to be yourself around me / And I know nobody’s perfect so I’ll let you be,” the four-minute and 14-second long song continues. “It’s the way that you wear your emotions on both of your sleeves, ’til the face you make when I tell you that I had to leave.”

Elsewhere, on “ALIEN SUPERSTAR,” Queen B lets her confidence shine through, sharing lyrics that sound as though she’s not worried about catching her husband hanging around “Becky with the good hair” again anytime soon.

“I’m one of one / I’m number one / I’m the only one,” the mother of three boasts. “Don’t even waste your time trying to compete with me / No one else in this world can think like me / I’m twisted, contradicted, keep him addicted.”

RENAISSANCE‘s second title, “COZY,” saw Beyoncé giving a shout-out to Solange for taking matters into her own hands amid her cheating drama with JAY-Z.

As you may remember, security cameras caught the When I Get Home artist physically laying into the New York rapper as her older sister watched. A bodyguard eventually stopped the fight, though viewers of the video have long laughed at how calm Bey remained in the midst of chaos, seemingly unbothered by her man being attacked.

“She’s a god, she’s a hero / She survived all she been through / Confident and she lethal / Might I suggest you don’t f*ck with my sis because she ­comfortable,” she reminds listeners.