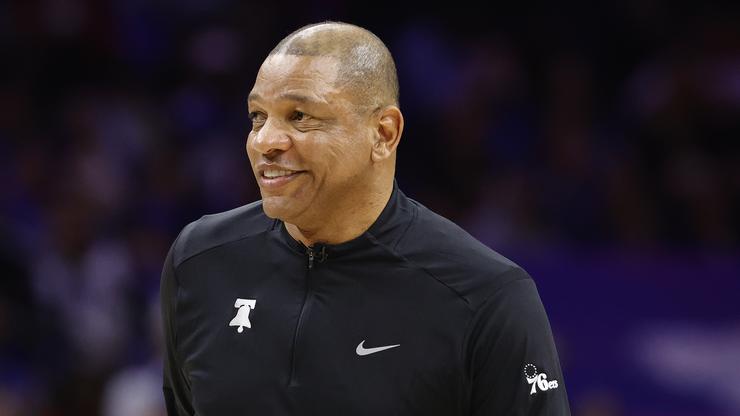 Doc Rivers has been known to blow quite a few leads.

Doc Rivers has a long history of blowing leads, whether it be over the course of just one game or in a series as a whole. For instance, he blew significant leads as the head coach in Orlando, Los Angeles, and now, Philadelphia. Needless to say, his track record isn’t very good right now, and it is on the verge of being blown wide open as the Raptors are looking to become the first team in NBA history to overcome an 0-3 deficit in the playoffs.

The “choker” label has become so synonymous with Rivers that now, journalists have no choice but to ask him about it. Today, Rivers was doing a presser when the topic of blowing leads came up. As you can see down below, Rivers actually got very defensive about the question, which led to a long answer that saw the head coach throw his former teams and players under the bus.

“I wish y’all would tell the whole story with me,” Rivers said. “My Orlando team was the eighth seed. No one gives me credit for getting them against the Pistons, who won the title…I dare you to go back and look at that roster, and you would say, ‘What a hell of a coaching job.'” He then went on to talk about some of his losses with the Clippers, saying “Chris Paul didn’t play in the first two games and was playing on one leg, and we didn’t have home court.”

If the Sixers end up losing this series, there is no chance Rivers gets to keep his job. It will be an all-time choke job, and the Sixers will instantly become the laughing stock of the entire NBA.

Let us know how you think this series will play out, in the comments down below.