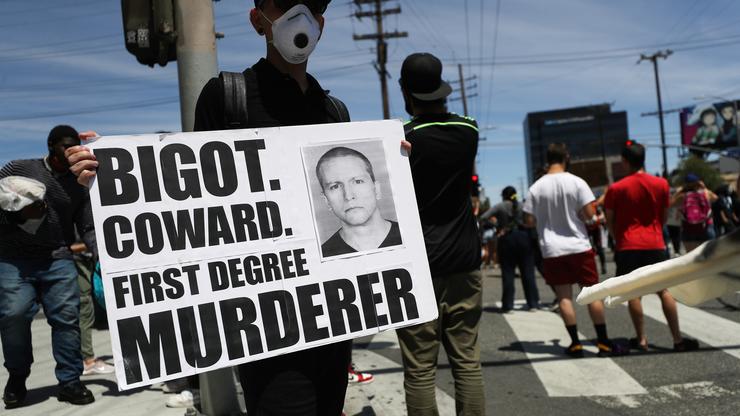 Derek Chauvin is appealing his murder conviction for the killing of George Floyd.

Disgraced Minneapolis police officer Derek Chauvin has requested that the state Court of Appeals overturn his conviction for the 2020 murder of George Floyd in an appeal filed on Monday. The 82-page filing lists dozens of reasons for the court proceeding, which led to the conviction, to have been “structurally defective.”

Primary among them, Chauvin’s lawyers claim that jurors’ concerns for their own safety, as well as the safety of others had a riot broken out, led to their verdict.

“The overwhelming media coverage exposed the jurors — literally every day — to news demonizing Chauvin and glorifying Floyd, which was more than sufficient to presume prejudice,” the court filing reads.

The lawyers added: “However, the real problem is the jurors expressed concern for (i) they and their families’ personal safety and (ii) riots breaking out in the event they acquitted Chauvin.”

The documents also claim that a change of venue, which was denied during the trial, should have been allowed.

“The courthouse was surrounded by barbed wire and soldiers during the trial. Prior to jury deliberations, National Guard troops were deployed throughout Minneapolis, businesses boarded up their buildings and schools were closed ‘bracing for a riot’ in the event Chauvin’s acquittal,” the filing argues

Chauvin was convicted of second-degree unintentional murder, third-degree murder, and second-degree manslaughter in April 2021. He was sentenced to 22 and a half years in prison, which his legal team describes as an “abuse of a position of authority.”

Body camera and bystander video infamously showed Chauvin kneeling on the 46-year-old Floyd’s neck for over nine minutes. The killing sparked protests across the country calling for police reform.

Judge Peter Cahill wrote at the time of the trial that Chauvin deserved an even harsher sentence because he “abused his position of trust and authority.”