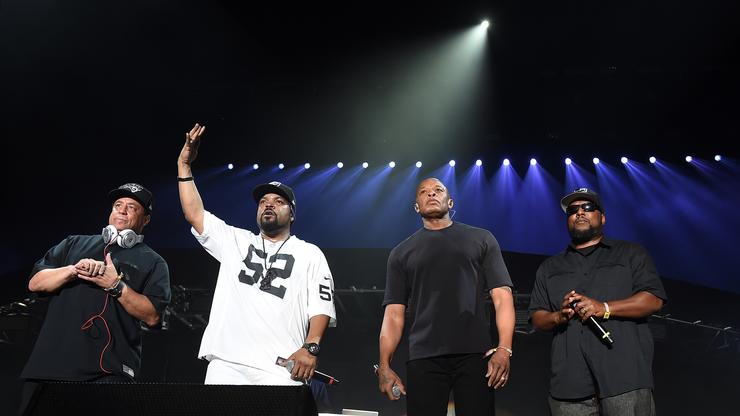 DJ Yella says that the N.W.A. biopic, “Straight Outta Compton,” was only about “70 percent correct.”

DJ Yella, of N.W.A., says that the biopic, Straight Outta Compton, which details the rise of L.A.’s legendary Hip Hop group, was about 70 percent correct. He says that his gripes were likely the result of having to condense their story down to the length of a movie.

“Our first gold single and gold album was by J.J. Fad,” he explained in a recent interview with HipHopDX. “‘Supersonic’ happened to be the first one. Even though we did the ‘Boyz n Tha Hood’ and a couple of EPs, that’s all we did. But J.J. Fad blew up real fast and then it was nonstop. The gates was open, and they didn’t close until years later. But I understand what they was trying to do. They was trying to get too much into the movie.

He continued: “There was already some stuff that got left out. The movie was like 70 percent correct, because it was just too much to pack into that little two hour and 20 minutes. I guess it would have been too much trying to touch on that. A few things that didn’t get touched, but yeah. It’s a shame they didn’t get even mentioned. Even like Bone Thugs-n-Harmony. They sold 10 million records. They only got mentioned by cassette tape.”

Straight Outta Compton was released in 2015 and met with widespread praise. One person who did not like the film, however, was former N.W.A. manager Jerry Heller, who filed a $112 million lawsuit against NBCUniversal two months after its release.