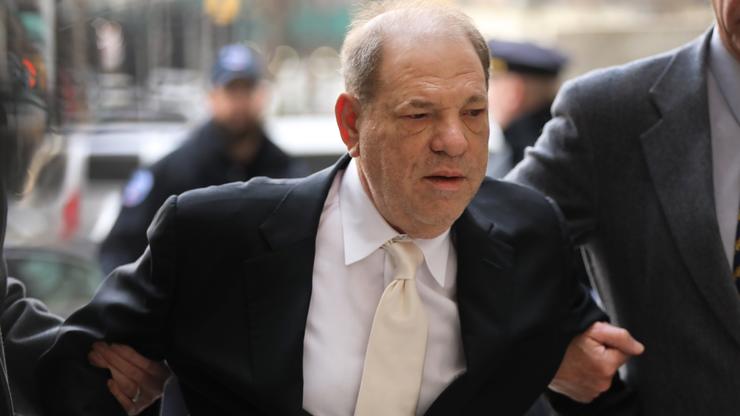 Disgraced film industry mogul Harvey Weinstein says that Angelina Jolie’s new story about being sexually assaulted by him in the ’90s is not true. In a statement released by his assistant, he claimed to TMZ that she has made it up to sell her new book.

“It’s very clear to me that this is for more sales on Angie’s book. There was never an assault, and never an attempt to assault,” the statement reads. “It is brazenly untrue and clickbait publicity. You’re Angelina Jolie, every male, and female in the world, I’m sure, shows interest in you. Is the whole world assaulting you?”

“If you get yourself out of the room, you think he attempted but didn’t, right? The truth is that the attempt and the experience of the attempt is an assault,” Jolie stated in a new interview with The Guardian. “It was beyond a pass. It was something I had to escape. I stayed away and warned people about him. I remember telling Jonny [Lee Miller], my first husband, who was great about it, to spread the word to other guys – don’t let girls go alone with him.”

In the interview, Jolie had explained that she and her ex-husband, Brad Pitt, fought over his appearance in Quentin Tarantino’s Inglourious Basterds, which was distributed that Weinstein’s company. Jolie says he “teamed up” with Weinstein.

“We fought about it. Of course, it hurt,” Jolie explained.

TMZ reports that sources close to Brad say he never “teamed up” with Weinstein for Inglourious Basterds, but instead it just happened to get distributed by TWC.