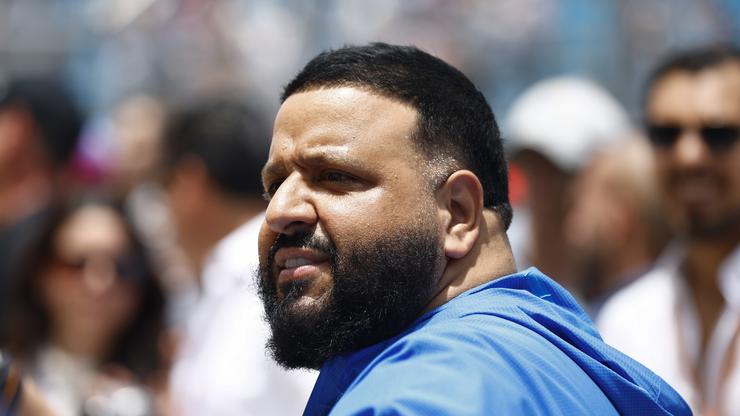 DJ Khaled was having a good time at the Heat game.

When the Toronto Raptors went on their infamous title run three years ago, Drake was there to see it all take place. He could be seen courtside at all of the games, and he was particularly bothersome during the Eastern Conference Finals when the Raptors took on the Bucks. The Bucks were a team that was favored to win the series, but once Drake started to get involved on the sidelines, they seemed to get a bit out of sorts, especially once their coach talked about the ordeal in the media.

Perhaps Drake‘s worst infraction during that series was when he went up to Nick Nurse and gave the Raptors head coach a back massage while coaching. It was a pretty hilarious, but it did rub some people the wrong way, no pun intended.

Last night, DJ Khaled did the very same thing while sitting courtside during the Miami Heat and Philadelphia 76ers game. The Heat steamrolled the Sixers and Khaled was pretty excited. He ended up going over to Heat coach Erik Spoelstra and then gave him a nice shoulder rub before going back to sit down.

After the game, Spoelstra spoke about the back rub, saying “That was funny. I didn’t even notice him until the end, what he was doing to get the crowd fired up.”

The Heat now have a 3-2 series lead, and we’re sure Khaled will continue to be a huge mainstay at these Heat games as the playoffs go on.